Governor El-Rufai has been stopped by a court of competent jurisdiction from demolishing the over 4,000 houses in Gbagyi Villa, Kaduna.

In line with the need to ensure justice, the Kaduna State High Court presided over by Hon. Justice Hannatu A.L. Balogun has granted the Gbagyi Villa Community an order of injunction restraining Nasir El-Rufai, the governor of Kaduna State & 4 others from interfering with the possession, use and occupation of the properties in issue and from carrying out any demolition of the properties of the community pending the determination of notice.

The Court Order Injunction sought to stop “the state Government, the Attorney General of the state, Kaduna State Urban Planning and Development Authority (KASUPDA), respectively as respondents, either by themselves or through their employees, staff, servants, agents, proxies or whosoever, from demolishing or destroying the applicants’ buildings.”

The Order of Injunction, pending the hearing and determination of the suit, are Gbagyi Villa Community behind Kaduna Polytechnic Sabo bye pass

In the suit no: KDH/KAD/218/2016 dated 17/3/16 and filed by Messrs J.A.Achimugu and 1.Joshua J. Nyam, 2.Mr Chriastian Ojole,3.Alex Abedo (Suing for themselves and on behalf of All the property Owners at Gbagyi Villa Village, Kaduna, Kaduna State (PLAINTIFFS/APPLICANT). The court affirmed that it found merit in the said Exparte Motion and accordingly granted the relief sought.

Consequently, an Interim Order of Injunction was granted restraining the respondent in terms of the relief sought pending the determination of the Motion on Notice made together and to be served on the Respondents.

We know Nasir El-Rufai by his antecedents as the minister of FCT to be a man with the penchant for the disregard of court orders. Will this one be any different? 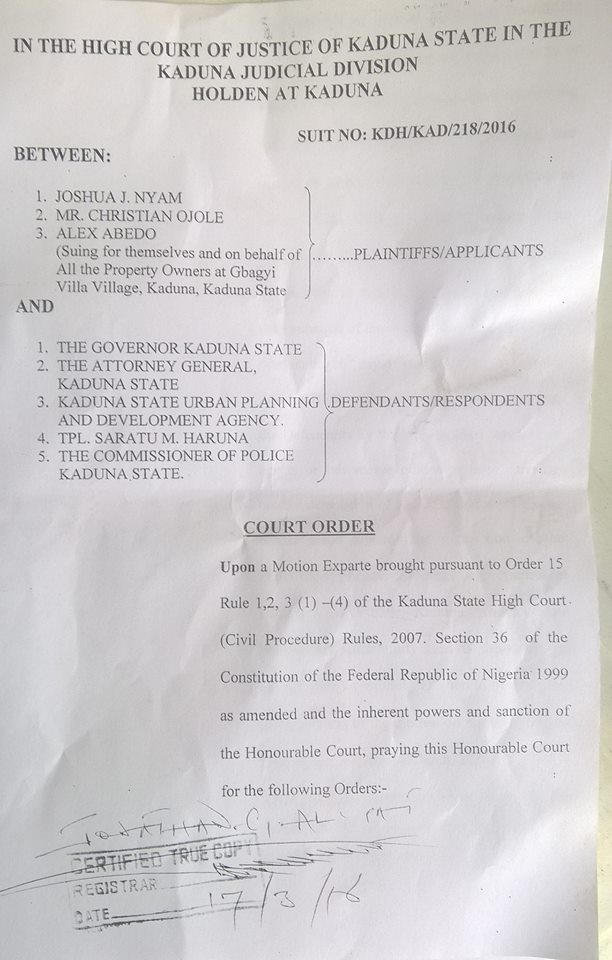 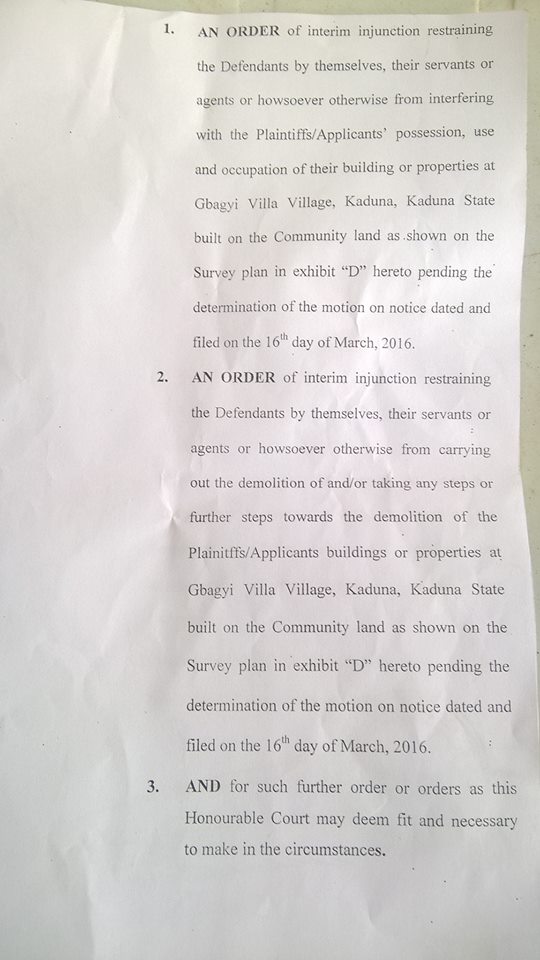 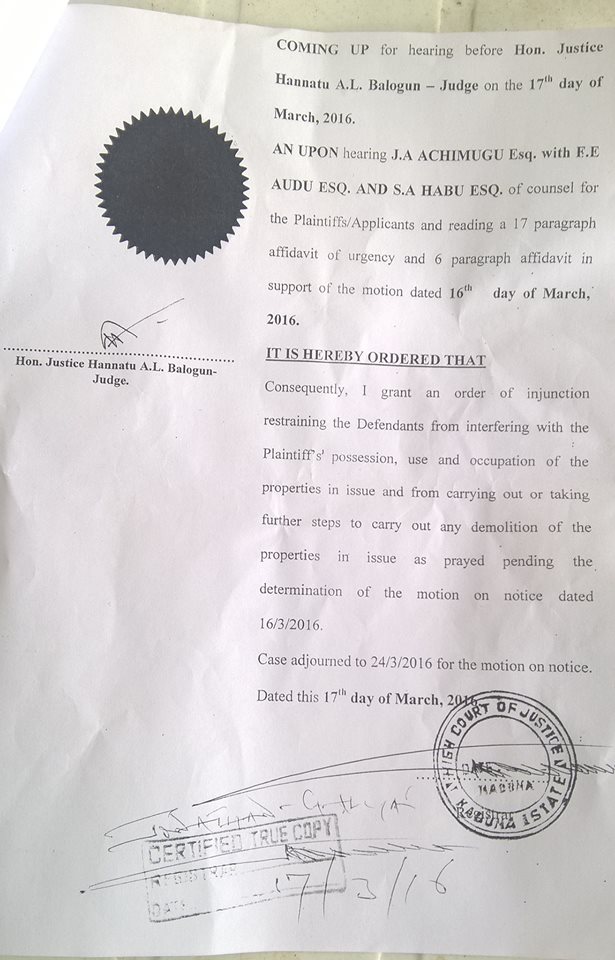