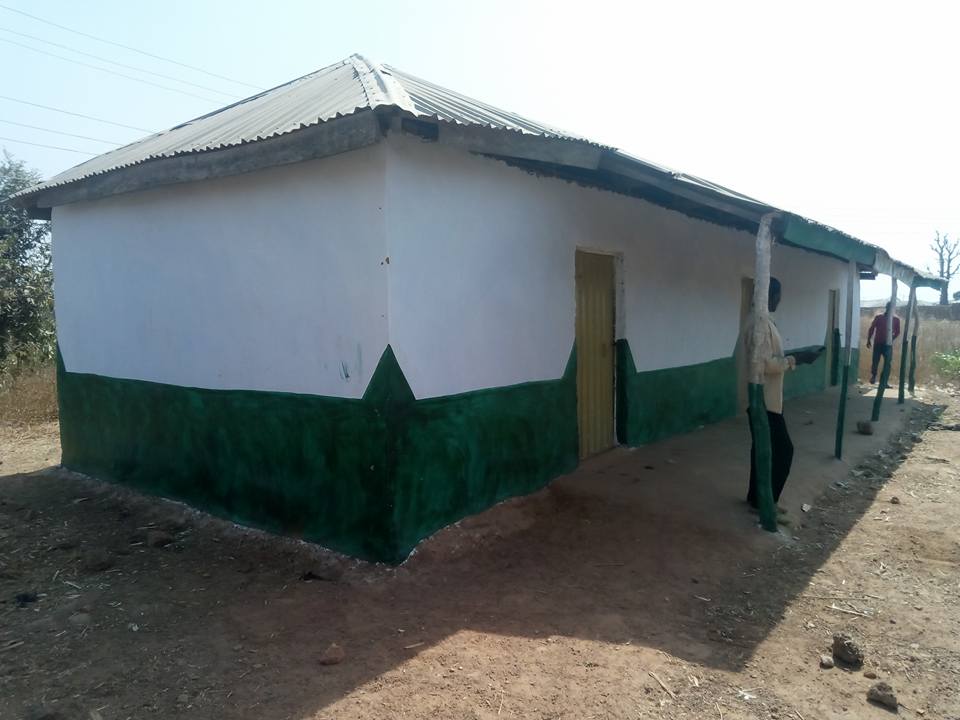 The name of the community is called “Dadin Kowa Nasara-Labar” and its located in Igabi-local Government, which is just 10 kilometers far – away from Jaji, Kaduna state North -Western Nigeria.

The community has been in existence for Hundreds of years ,as habitants were predominantly Hausas and minority Fulanis, Majority of them are local farmers while some were into little business

In this community, many youth has abundant schooling due to distance and lack of Good road,but gradually ,the youth leaders of the community deem it fit to construct a small school for their younger once,and that is the beginning of this primary school.

Sahabi Isah is the youth leader of the community, and he told the journalist that visited the village the reason for building the school in their village.

He said ,it was the youth and elders of this village that team-up and build this school, and the aim is to save our children from staying with illiteracy ,and also to see that youth in the village are also educated like their counterpart that are living in the city,

Isah pointed out clearly that,”we cannot longer sit-down at home watching our children growing –up like us with illiteracy,that is why we decided to team-up with other youth in the village to construct this building.

He said ,the 3 rooms classes was constructed with mud sand,and it was the effort of the community,and thank God we have some teachers that are coming to educate our children from Government.

“The school has no Toilet,and library and it has no Fence and there is no enough space fo play ground for the little once,there are so many challeges confronting the school,but by God grace,we shall over come it”

Adding that, their greatest challenges now is lack of studies materials for the students, and lack of chairs and Tables with blackboard.

Sahabi further stressed that ,there are over 300 Students that are coming for studies in the school and which are children from the neighboring villages like Masashiya, Nasarawa and other villages that surround the communities.’

Mallam Dahiru sani is one of the settlers in the community,who has been living there for over 30 years ,he expressed his satisfaction over the various contribution made by the community toward the construction of their own school.

Dahiru said ,since the construction of the school 2 years back,there has been series of problems confronting the development of the school.

Dahiru also said that they Tasked them seres to construct the school and decorate it by them serves, so as to attack the attention of more villages teenager from coming to school,in other to fight against illiteracy disturbing thousands of little children that are residing in the village.

He noted that the over population of school students in the little school is their greatest challenges and they don’t have the means of constructing more classes that would accommodate more students that are coming to school this year.

Responding on behalf of the community, Mallam Mahammadu sani is the district head of the village, he appealed to Wealthy individuals and Government to help them and construct more classes, so as to enabled more student get admission into the school.

The district head then called on the community to also team-up against in building fence,so as to protect the school against all forms of security challenges and encroachment by some citizens.