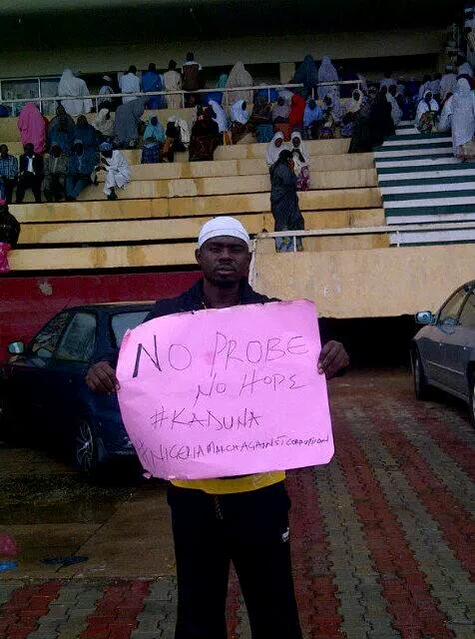 Continuing a week of solidarity protests with the new Nigerian government in its war against corruption, citizens of Kaduna Wednesday gathered at Murtala Square to make their stance.

With different placards the citizens defied heavy rains, in continuation of a March this Monday, let the Buhari government know that the government is with the people and should not be influenced by agents of corruption. 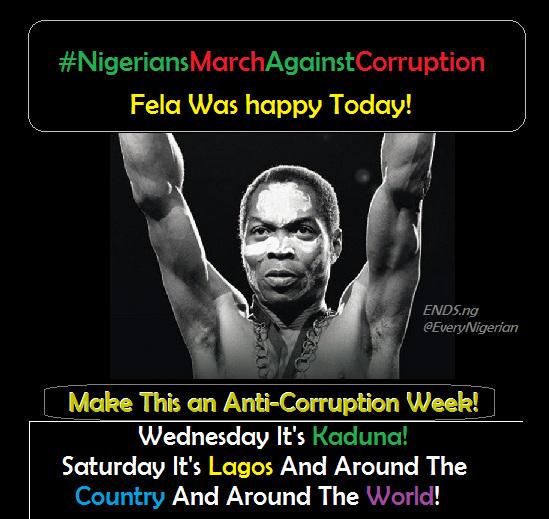 More marches and gatherings are expected around the world and in Lagos at Gani Fawehinmi park this Saturday.

The elephant does not limp when walking on thorns.PMB,we are behind [email protected] #NigeriansMarchAgainstCorruption pic.twitter.com/EO1Vxq0CA3