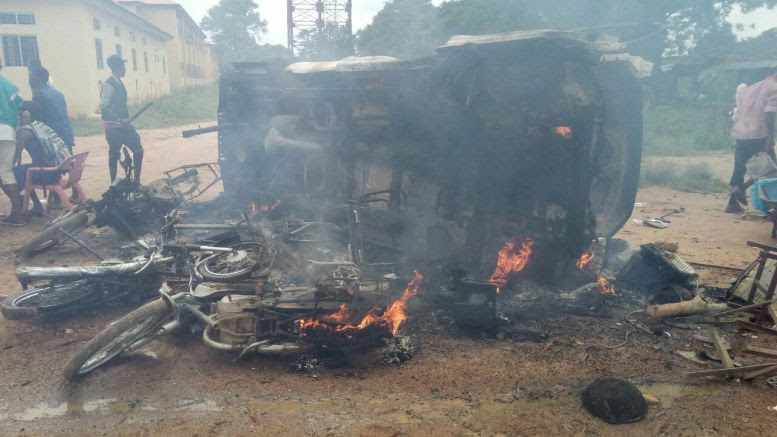 There was a riot that broke out between students and security personals at the Nuhu Bamalli Polytechnic in Zaria, Kaduna State during the early hours on Wednesday 31st August 2016.

According to the eyewitness, “It all began at about 3:00 am when a student went into Great Hostel located at Goborawa off campus to steal some possessions belonging to a Mass Communication student. The victim who was robbed stated that the criminal came into his room, and when he caught him in the act, they began to fight and then he realizes that the criminal uses Charms (Black magic).

He immediately shouted for help and alerted the neighbors. Fortunately, the SUG President who also reside in that same hostel made sure that the thief was caught, telling the rest students to calm down without taking laws into their hands. 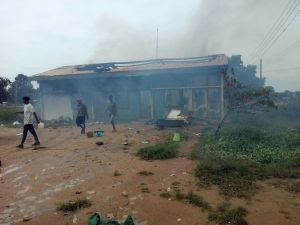 While the SUG President was interrogating the thief, he said that “he would have killed the occupant of the room if he only had the chance to.” The SUG President alerted the security of the school and handed over the thief to them.

On the other hand, students of the school had previously complained about the intimidation and oppression been faced from the school security unit, and how bad the securities have treated them in past.

The students were complaining about how bad the school structures are and how the facilities have been neglected.

The boy was taken by the school security, and students alongside the SUG President rushed into the school to propose that those who were hit by the van of the security unit be treated and compensated.

As the argument went on, students began to come together and started to throw stones at the security personnels. The police were quickly called upon but the students insisted that the police should leave the school environment.

The police succeeded in leaving with the driver who drove recklessly and the thief.

To the students, all they were clamoring for was the injustice being faced by the students to be stopped immediately.

The students grew in anger when the men of the mobile police came into the school heavily armed. This resulted to the students burning down moto bikes, security van and the building of the security unit of the main campus of Nuhu Bamalli Polytechnic.

Roads leading to the institution were blocked by the students to stop the moving in and moving out of persons.

Academic activities were immediately put on-hold, and so many students began to leave the school for their homes.

As at the time of filing this report, students were scanty in school and there has been a circular from the school management that lectures continues and that exams shall commence on Monday 05th of September, 2016.