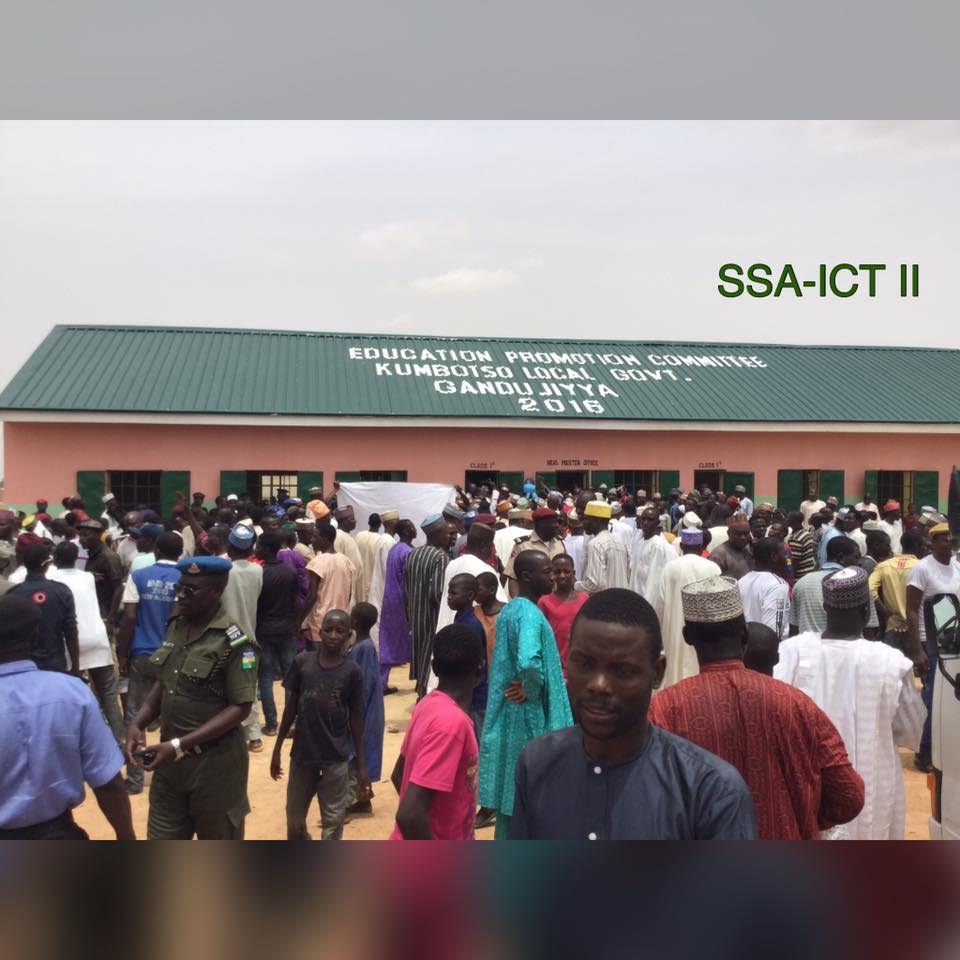 The governor, who was apparently dismayed by the branding of a renovated classroom after him at Kureken Sani in Kumbotso local goverment area of the state also directed the state urban planning agency, KNUPDA to dismantle billboards, remove posters or any such material promoting him, under the guise of “Gandujiyya”. He noted APC is the institution to be promoted because it symbolised the vehicle for change under the leadership of President Muhammadu Buhari. He further explained the APC represents anew beginning in Nigeria with a promising and brighter future.

He argued that it is wrong to personalize public property since government belongs to all, adding that branding public buildings and erection of billboards with the name of any individual not only defaces the structures but also negates the beautify of the environment.

The governor, who was commissioning completed projects and inspecting ongoing ones as part of activities marking his one year in office, thanked the people of Kano for their goodwill and support to his administration urged them to maintain their support towards the success of government’s policies and programmes.

On education, Governor Ganduje expressed happiness that the N10 million released to Kumbotso education promotion committee were judiciously utilized, assuring that more investments would be made in the sector as part of strategies to revitalize it.

The governor appealed to citizens of the state to contribute towards giving the education a glorious rebirth in view of its centrality to human development.

In their separate remarks, the chairman of Kumbotso local government council, Alhaji Lawan Isma’ila Unguwar Rimi and a community leader and APC chieftain in the area, Alhaji Mustafa Hamza Buhari (aka Bakwana) thanked the state government for giving priority attention to the sector and restated the loyalty of their constituents to the government.