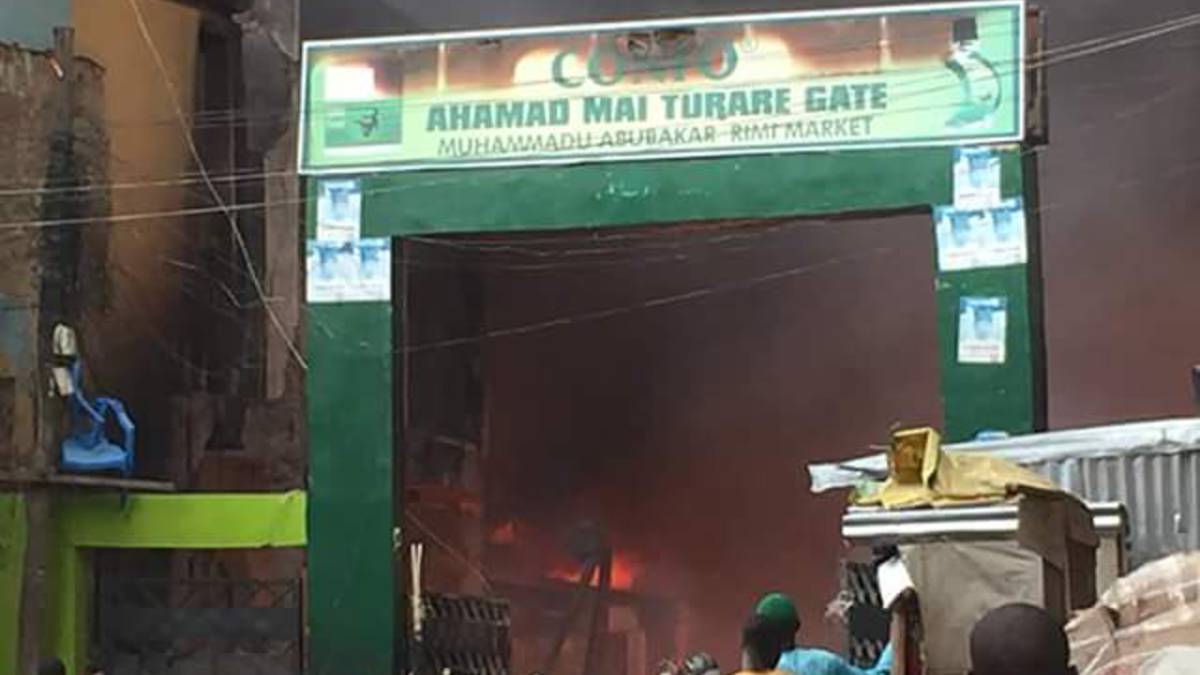 A wicked fire has once again consumed Yakura Market, Sabon Gari in kano, Nigeria. The fire which started Friday night has burned down many shops.

Sabon Gari is the foreigner zone in Kano.

It is the second fire to gut the market in recent months.

As at the time of the report, many shops had been burned as fire fighters are still battling the fire.

Billions Of Naira Lost As Over 3000 Shops Burned In Inferno

The Sabon Gari market situated around Bata in Kano state has been engulfed by fire.

Available information indicates that the fire started around 1am on friday and have already consumed more than 3000 three thousand shops.

It was revealed that the fire started around the shops of those that deals in shoes and sandals and as i send this report the fire is about penetrating the site where gold and jewelries are sold.

The fire service have already run out of water, but private companies with such facilities are asked to assist in quenching the fire that is still raging right now.

This recorded fire incidence is the most brutal in the recent history of fire outbreak in kano state. Some few months ago the same fire consume some part of Singer market just opposite the historic Sabon Gari Market.

The monthly sanitation exercise have been relaxed by Kano state government in order for people to attend to their shops.