Tracka was established to address the critical issues with social and economic development in the country, such as the exclusion of citizens from developmental projects, the increasing number of abandoned projects, and poor execution of the few implemented projects.

This time, the team visited Kebbi south senatorial district, during which it observed that a number of projects were captured in the 2016 federal constituency projects.

The tracked projects include: complete renovation of Zuru Town Hall for N155m, supply of eight Toyota Hiace ambulances for Zuru, Yauri, Dankwo/Wasagu, Shanga, Sakaba, Fakai and Ngaski for N160m, provision of 71 motorised boreholes in each of the 71 wards in Kebbi South for N710m and provision of 41 hand pump boreholes in 41 wards of Zuru/Fakai/Sakaba/danko-Wasagu for N61.5m. 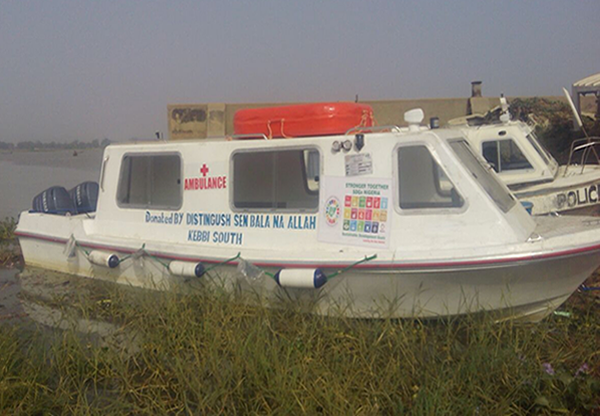 In October 2016, the Tracka team held a community engagement meeting with residents and the Zuru Emirate Development Association (ZEYA) to provide them with relevant information on the line items in the budget and encourage them to ensure project delivery through active participation. The community leaders wrote a letter to their representative, Senator Bala Ibn Na’allah, and the relevant ministry, requesting an update on the implementation of the projects.

The community leaders wrote a letter to their representative, Senator Bala Ibn Na’allah, and the relevant ministry, requesting an update on the implementation of the projects. 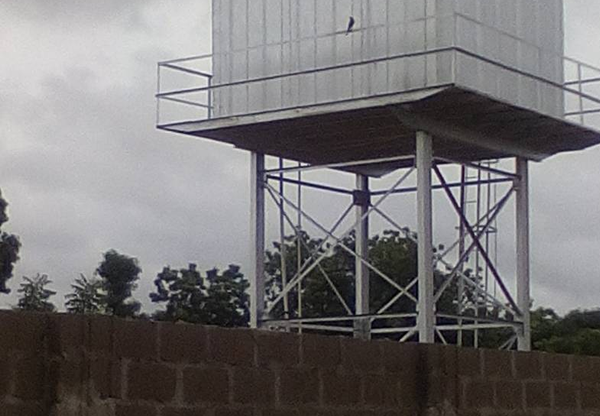 In December 2016, youth leader Nuhu Hussaini informed the Tracka field officer that the renovation of the Zuru town hall had begun and that one Toyota ambulance vehicle had been delivered to Yauri General Hospital. The provision of 71 motorised boreholes had also started in the selected wards in Kebbi South Senatorial District. The team ensured a follow-up with all the project implementations and observed that some of the empowerment materials purchased were labelled as donations e.g. the boat and ambulance. 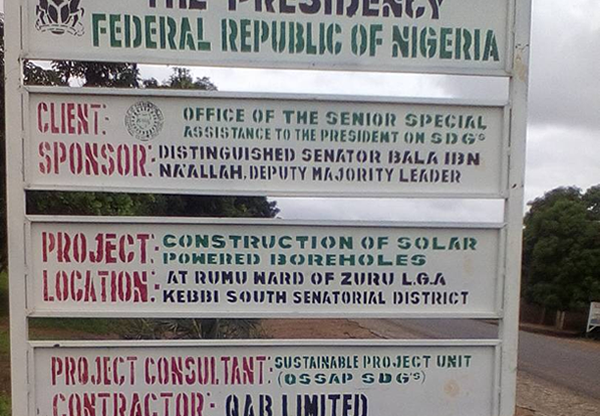 The residents also expressed displeasure to the team on the renovation of the Zuru hall for N155m, which they see as a misplaced priority. There are more pressing needs that will sustain the youth in the community, they said. For example, if the N155 million was invested in their agriculture, the unemployment rate in their community would significantly reduce. This will also improve the living standard of the people, as the state is known as one of the largest producers of rice.

In June 2017, the project-tracking officer received a call from Zuru community members informing him of a motorised borehole constructed in the premise of Senator Ibn Na’Allah Bala. This facility was supposed to be for the community to put an end to water scarcity. They expressed dissatisfaction over the conversion of public property into personal use, thus depriving the residents of Zuru community access to potable water supply.

Editor’s note: TheCable could not reach the lawmaker for his reaction as calls put through to his telephone line indicated that it was out of reach.