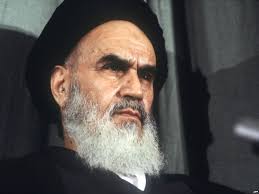 TEHRAN — After months of political maneuvering, the scion of the powerful Khomeini family and the projected figurehead of Iran’s ailing reform movement was definitively barred Wednesday from participating in parliamentary elections this month, the semiofficial news agency ILNA reported.

Hassan Khomeini, 43, a Shiite Muslim cleric like his grandfather, Ayatollah Ruhollah Khomeini, the founder of the Islamic Republic, lost his appeal before the Guardian Council, a powerful vetting group dominated by hard-liners.

Mr. Khomeini was among the thousands of candidates, most of them reformists, who were barred from the parliamentary elections and from the vote for the 88-member Assembly of Experts, which is charged with electing the supreme leader. Iran’s current supreme leader, Ayatollah Ali Khamenei, is 76 and has had some health problems in the past year.

The disqualification sent an unmistakable message to Mr. Khomeini and to the reformist bloc he aspires to lead, one analyst said.

“That message is: We do not share any power with you,” said Nader Karimi Joni, a journalist with close ties to the reformist faction. “The more reformists in the assembly, the more chance they will get to pick a new leader closer to their line of thinking.”

The Khomeini name carries special power in Iran, where Ayatollah Khomeini, who died in 1989, is still revered as the leader of the 1979 Islamic revolution. His grandchildren, make a point of living a different life from that of their famous forebear, who spent his last eight years ruling the nation out of a one-bedroom apartment.

From the moment Mr. Khomeini emerged as a potential leader of the reformists, he has been attacked by hard-liners for living an existence that is not austere. Mr. Khomeini has presented himself as a modern cleric, sharing pictures of his family on his popular Instagram account, driving a BMW and playing indoor soccer with news photographers and cultural figures.

In many ways, Mr. Khomeini represents an updated version of Iran, where society has become more urban and where most people have middle-class, rather than revolutionary, ambitions, said Fazel Meybodi, a reformist cleric in the Shiite theological center of Qum.

“He is known as a moderate person, handsome, charismatic, articulate and open minded,” said Mr. Meybodi, adding that Mr. Khomeini was someone people could relate to and that he might make a stronger candidate in the next election for the assembly. “At least now he has eight more years to be more popular,” Mr. Meybodi said.

It is not easy to gauge the depth and breadth of Mr. Khomeini’s appeal. There are no reliable polls in Iran, and no one has taken to the streets to protest his disqualification. Read full on NYTimes