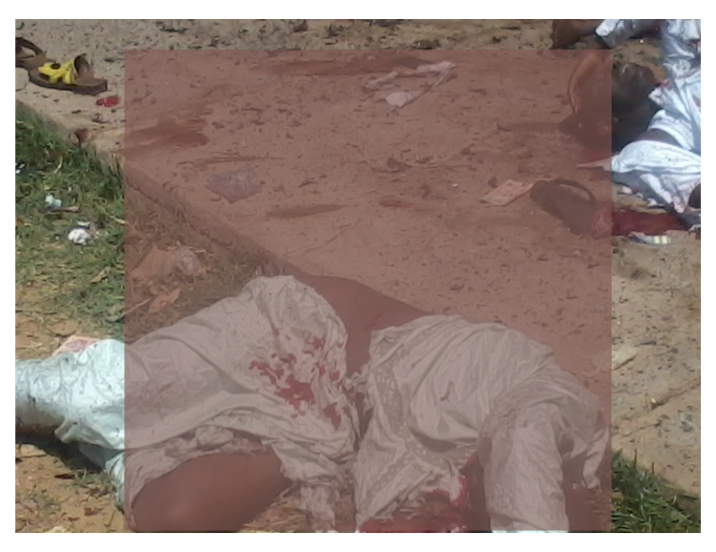 Human parts were all over the place, a grave would have been more peaceful. The few seconds of the blast dragged along lives of innocent students, my students. Brutally killed them when their lives will soon have finally had a meaning.

In the last 2 years, for some, it is 4 years, they all had one thing in mind and one thing only, to finish their studies and earn that prestigious hard to get Kano state polytechnic certificate. They all longed for it, they all dreamt of it passionately.

I can never for the life of me comprehend what such dastardly act is meant to achieve; then questions flows in my mind,- who did this? Who is behind this callous insanity? My mind searches for answers; whoever did this cannot be a human being, he or they must be out of their senses, mad and inhuman….

These students, my students, were innocently checking the list of NYSC posting. They haven’t done anything wrong, they didn’t offend any one, they were only hustlers accommodating the belief that they can make it through EDUCATION.

They pursued their dreams, beliefs and purpose vigorously, many times on empty stomach, but today they are being murdered in cold blood. Without saying any TIT they have been TAT’ed. What is life? How many hundred of years are we going to live in this dirty god**d rotten world? What are we here to achieve? Who are we to worship? On my own I knew God Almighty is the only deity worthy to be worshiped ,then and there I knew whoever killed my students, whoever decapitated my students can not be a God worshiper, he must be luciferian, Satan worshiper.

Many of them were smiling when they died because most of their names appeared on the posting list… it just happen abruptly, without notice, such is a wicked but peaceful death.

I was there when it happened, I would have been dead by now, only for the grace of God, I believed it is ordained it is not my time.

Life would have been difficult for my three little kids if I were killed. What of those already killed by this bomb? By these murderers? Who will then take care of their kids now that they are no more?

My attention was then compassed to one of the students at the spot, he was shouting for my attention, but was shouting my title instead of my name. ‘Mr SUG president,’ I heard him calling,  I then turned  my vehicle and parked at the spot. Immediately I dropped, he came over complaining bitterly, his middle name has been omitted from the shortlisted NYSC list, a problem has been created, he has to go up-and-down to correct it, that was his dilemma and that is what saved his life.

Many others were not so lucky, to them someone somewhere chose death for them instead of to live. They were chosen not by their fault, they were chosen by God because is their time.

A minute of our parting with that my complaining student it become chaotic, ugly, unbelievable and unbearable. Innocent souls are sucked, for what? I don’t know.

The heavy bang of the bomb scared all, its unfriendly nature is unwelcome, unsolicited, badly unwanted.

All of us in the chief security officer’s office were very sure the banging noise is a bomb, our fear weres only confirmed when we all punched out, we then became aware of how lucky we all were. We where separated by a wall, and that was the only distance between life and death.

Who will seek justice for my students? Is their issue over from today? Many innocent souls have been murdered yet justice has always been delayed. Ooh, my fear crippled me because my students may not receive justice and their little kids may not be remembered. This is a wicked world, especially this our wicked Nigerian world.