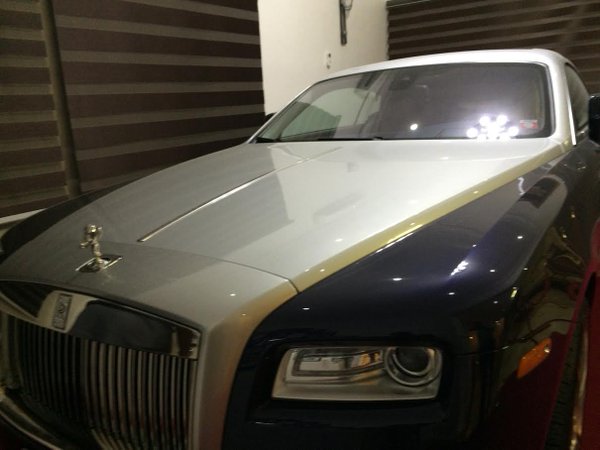 A coalition of seven political groups under the umbrella of Kogi West Peoples Forum (KWPF) on Sunday gave notice of its intention to commence the immediate recall of Senator Dino Melaye, who represents the zone in the Senate, over allegations of gross misconduct unbecoming of his exalted office.

The coalition called on the people of the Senatorial District to support the patriotic move, as a matter of urgency and responsibility, and save the zone further embarrassments.

The members lamented what they described as poor representation of the district by Senator Melaye, regretting that Kogi West District has been relegated to irrelevance on account of its Senator’s exuberant behavior.

According to Ibrahim, Senator Melaye has since his election threaded the path of infamy by neglecting his primary responsibility to his Senatorial District on the floor of the Upper House for an unwarranted political ego tripping to massage his over-bloated ego and personal aggrandizement.

“As a Group, we are not out to witch-hunt anybody,” Ibrahim said. “But we owe it a duty to ensure that our Senatorial District is properly represented in the National Assembly. Unfortunately this has not been the case with Melaye who has virtually turned an otherwise serious business of legislation to a grandiose display of infantile exuberance, cronyism and other shameful vices unbecoming of a Distinguished Senator”.

Ibrahim cited the example of Melaye’s predecessor, Smart Adeyemi, saying he contributed immensely in ensuring the award of the rehabilitation of the Kabba-Egbe road but that construction work has since stopped, and requires the attention of Senator Melaye.

“Unfortunately our fun -oving Senator would rather pursue after vanities than take up such important issues,” he said.

He expressed regret that rather than being associated with meaningful motions aimed at elevating the interest of the Senatorial District, Melaye is being derisively seen and read about in the media as a “bodyguard”,”handbag carrier”,or “MC”, among others.

“It is also either “Senator Melaye is busy insulting elder statesmen or chasing after fashion vanities by wearing outrageous robes and Turbans to the Red Chambers instead of squaring up to the serious business of legislation”.

Ibrahim criticized Melaye of display unimaginable and demeaning character traits traceable only to conventional motor park touts, as a result of which Kogi West has become the butt of jokes across the globe.

“We therefore owe it a duty as a people to recall Senator Melaye in order to avoid further damage to our collective psyche and escape his disastrous outing before it consumes us. To conclude therefore that we need an urgent replacement for Melaye is a gross understatement”.

“You can imagine that the Senator has not even deemed it fit to have a functional Constituency Office in Kabba, headquarters of the Zone,” the group said, wondering how he can even appreciate the enormity of the problems facing the people.

“It is very unfortunate that the people of Kogi West that are renowned to be highly educated, to have produced first class administrators, politicians, and responsible people in various endeavours are caught in the present mess,” Ibrahim said, adding that KWPF was already discussing with the relevant stakeholders in the respective local governments on the need to expedite action on the recall process.