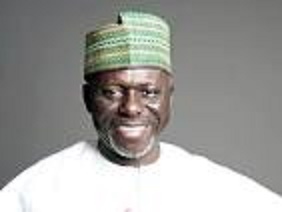 Against reports that some members of the Kogi Elders Council have endorsed the aspiration of Governor Idris Wada to run for a second term in the 2016 gubernatorial election scheduled to hold in the last quarter of the year, the elders of the state has denied endorsing the governor.

The report has stated that notable names like Senator Tunde Ogbeha, former Governor of the state, Idris Wada and many others at a meeting in an undisclosed location endorsed the governor for a second term.

But some of the names said to be at the meeting has denied endorsing Wada, describing the purported endorsement as an impersonation of the highest order.

A source close to Tunde Ogbeha, who is a former senator from the state, said he was shocked to have heard his name mentioned among those said to have endorsed Governor Wada.

Similarly, a former governor of the state, Ibrahim Idris bluntly and frantically denied the report of the endorsement.

Another elder of the state whose name was not giving is quoted to have said “our people cannot and will not be coerced into following and adopting a non-performaning leader of the state. A popular and more acceptable candidate that will put the state back on tract is key and that we must do.