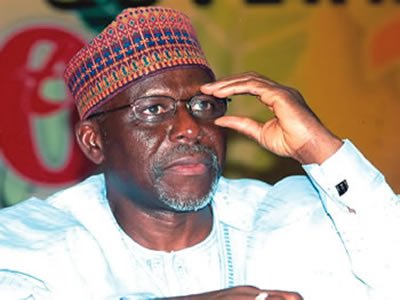 Governor Idris Wada of Kogi on Tuesday removed 15 chairmen of local governments from office for defecting to the rival All Progressives Congress (APC).

This is contained in a statement issued in Lokoja and signed by the Permanent Secretary in the Ministry of Local Governments and Chieftaincy Affairs, James Adedoyin in Lokoja.

The statement cited section 20 sub section ( 1) and section 36 sub section 1 (d) of Kogi State Local Government Law 2000 as amended to back the action.

It explained that the sacked chairmen can no longer remain in office having decamped from the Peoples Democratic Party ( PDP) that sponsored them.

Some of the affected council chairmen include that of Lokoja, Ogori-Magongo, Idah, Adavi, Ankpa, Okehi, Bassa, Yagba East, Yagba West and Okene among others.

They defected to the APC during the grand finale of its governorship campaign held in Lokoja on November 18.

The statement warned the sacked council chairmen to stay away from their offices, directing the vice chairmen or the council leaders to take over the affairs of the affected councils as may be appropriate.

The governor said the handing and taking over should be completed by Wednesday Nov. 25, the statement said.

One of the grounds for their defection was the refusal of Mr. Wada to implement a decision of the Court of Appeal in Abuja on Oct 29 that nullified the removal of the elected chairmen from office.

They were removed from office based on the order of a Kogi State High Court sitting in Koton Karfe which ruled that the election of May 4, 2013 which brought them into office was faulty.

Relying on the judgment, the Kogi State Government asked the chairmen and councillors to vacate office but the affected officials approached the Appeal Court which set aside the ruling and declared that they resume immediately.

The Kogi state government refused to give effect to the ruling until Nov. 23.