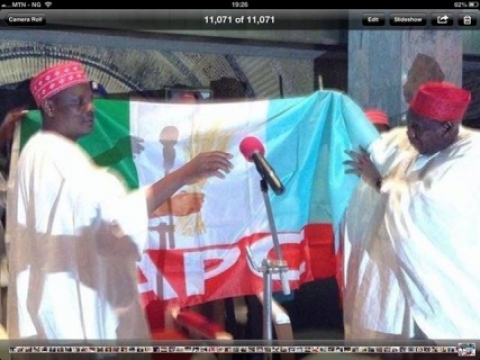 The latest high-profile politician to abandon the Peoples Democratic Party (PDP), he wasted no time hoisting the APC flag at the Kano State Government House as well as the Governor’s Office.

A source at Government House said the governor and his deputy, Dr. Abdullahi Umar Ganduje, unveiled the APC flag after their meeting with political stakeholders representing a wide spectrum of the governor’s loyalists in the PDP from 44 local government areas of the state.

The governor is quoted to have said, “`It is imperative to leave the old order and embrace the new order found in the APC to bring about democratic change in Nigeria.’’