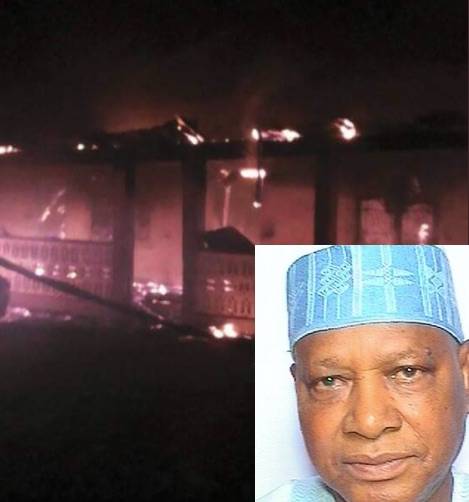 Below is a credible account of the happenings that led to youth blocking Senator Sha’aba Lafiagi and he unleashing soldiers to massacre the youth.

It happened that the only road that leads to Lafiagi town has been in a very bad state and not motorable for a while. But despite being a senator all these years, Sha’aba Lafiaji has never done anything about it. He doesn’t come home except during elections.

To solve their own problems, the youth contributed money and also went out to look for money to fix half of the road, leaving the remaining half. So, yesterday, as Sha’aba Lafiaji was coming back for the Local Govt election, the youths stood up and waited for him, knowing he would pass through the road they fixed.

When he eventually came, they asked him not to pass through the portion of the road they used their money to repair, that he should pass through the other half they’ve not repaired. He refused and instead ordered soldiers guarding him to stop them.

As things got more intense, the soldiers shot at the protesters. 3 of them, students of Lafiaji College of Education fired dead. The youths got angry and uncontrollable, leading to major crisis.

Sen. Shaaba’s house was burned down, and more soldiers returned to shoot randomly with many more injured or killed.