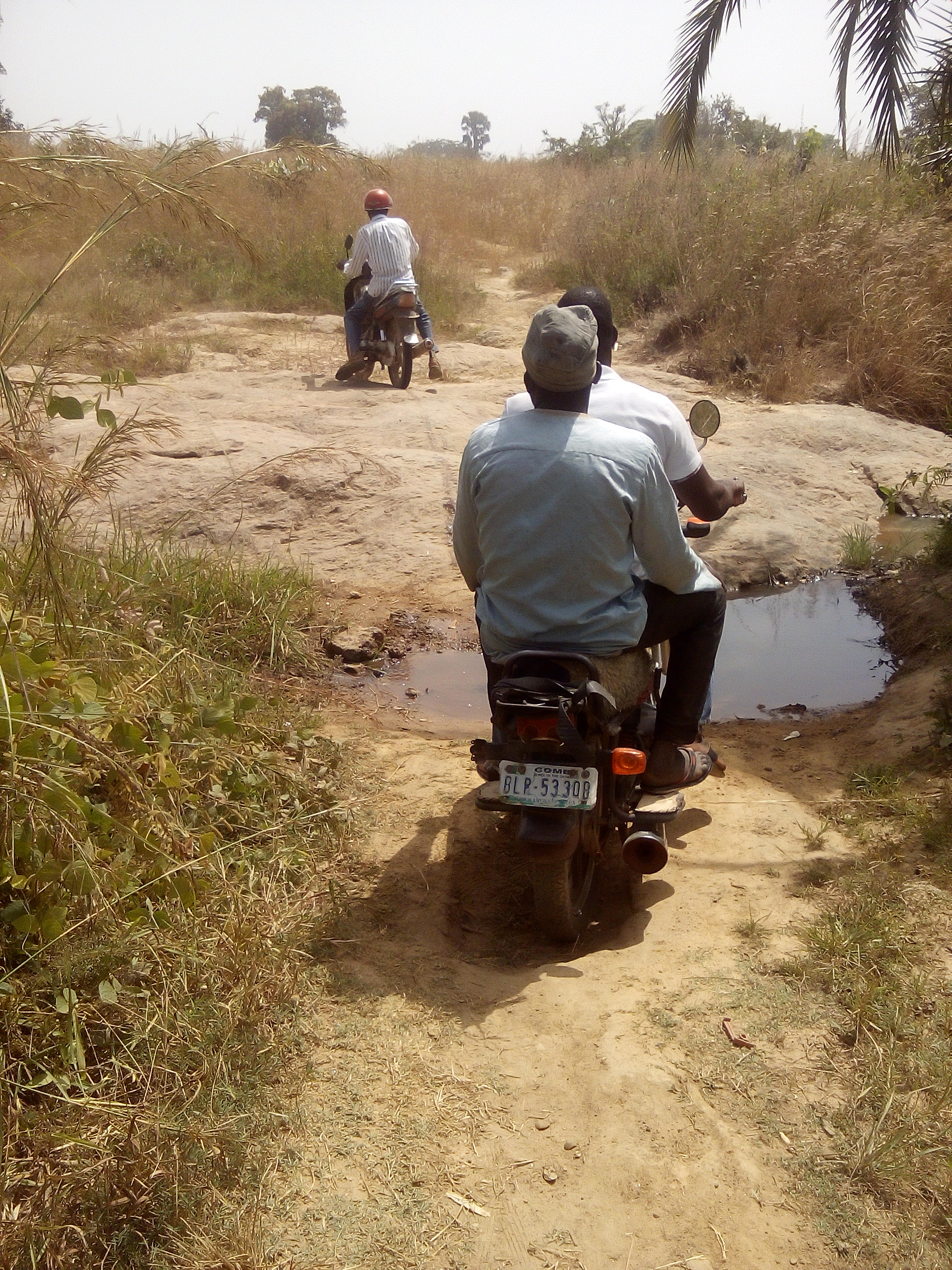 Residents  of Kpoto community in Igabi local Government of  kaduna state North western Nigeria has decry of  high rate of  infant and maternal death issues, to lack of accessable road to the  village,

According to the Rural Dwellers  inaccessible road appear to be  one of the main factor disturbing pregnant  women from going to hospital for medical-check-up and Anti-natal services in the area.

The distance of this community to town is about 3o kilometer and majority of the habitants are predominantly Gyagi by tribe, which are local farmers,hunters while most of the women in the village were into rearing little animals and sales of firewood for some little income.

The population of the Habitants is about 500, and according to some vital information that was gathered ,the community has been in existence for Hundreds of years in peace and harmony with their neighboring villages.

Mr samaila Bala”Magajin Garin Kpoto” is one of the Traditional  title holder of the community that was interview by the press men that visited the village for fact finding mission in the area.

He says  ”inaccessable road to the community is one of the greatest challenges disturbing  the habitant of the community, also the fears of death by pregnant women due to lack of health facilities in the village makes women to be more  scared of getting pregnancy.”

“The lack of  school, hospital and any other social amenities  ,which could be used to impact positively to the lives of these habitants make lives very worrisome to the youth groups, women and elders in the village.”

Indeed, this is a community where there is no single Car , as most of the settlers  here uses wheel Barrow,bicycle and animals as a means of transporting  all their farm product and movement of goods from one place to another due to the bad nature of the road’.

Mr sama’ila further said, they have been calling on the government to come to their rescue ,and build school or hospital,so as to save their women and children ,but till today, according to him ,no Government official has ever think of coming to visit them or to even listen to their complain,

He added that, apart from pregnant women that suffers a lot  while going to a far aways distance hospital to access medical care, also some Elderly person and other sick once residing in the community also faces series of problems when it comes to looking for any mobility that can takes them to the hospital in Town,

Malaria,Typoid and stomack pain is the major sickness disturbing settlers of this community due to the nature of environment

Miss Victoria Ayuba age 33 years old, is a house wife , that has been living in the community for many  years ,she narrated how  she lost her child while trying to go hospital from the community, she said women here are afraid of getting pregnancy due to the suffering they usually under-go when passing through the bush to go for anti-natal,adding that there are so many risk that is involved when going to hospital for medical check-up

She said,”I got miscarriage while trying going to hospital for anti-natal,and it was only God that saves me,she said,I lost the baby,and it was because of the suffering I was passing through ,while Trekking in the bush before reaching the major road to take Okada that could takes me to hospital,

Victoria additionally said,many women got miscarriage while taking long distance  Trekking to pass through the bush, and  while some pregnant women suffers most”only God saves women in the night in this village when labour come, though some of the local midwife are trying to save most women but it’s a fact that some situation is above their level.”

Miss Tabitah Babanjiga another House wife in the village says, we have never seen a journalist in the history of this village,and we are happy that God has answered our prayers that is why you came here,

Tabitah says,we are going to use you,to appealed to kaduna state government to remembered that they promised us many thing during their campaign,”We are begging on government to help us by building health facility in one of the villages that surround our village,so as to reduce the health chanllenged confronting the settlers in the community , adding that all the neighboring  villages also faces the same type of problems.”

Tabitah concluded by saying that,Insecurity is another key problems bordering peace stability of the people living in the area,,in which they  called on state government  for quick intervention.

Youth and women in the area need skilled acquisition and empowerment programs,so as save them in the fight against poverty and job opportunity”As a result of the bad road,Habitant find it extremely difficult to export their farm product from the rural area to the urban centre,as such most of the farm product do usually get wasted due to the use of traditional system of storing food like sillage.” 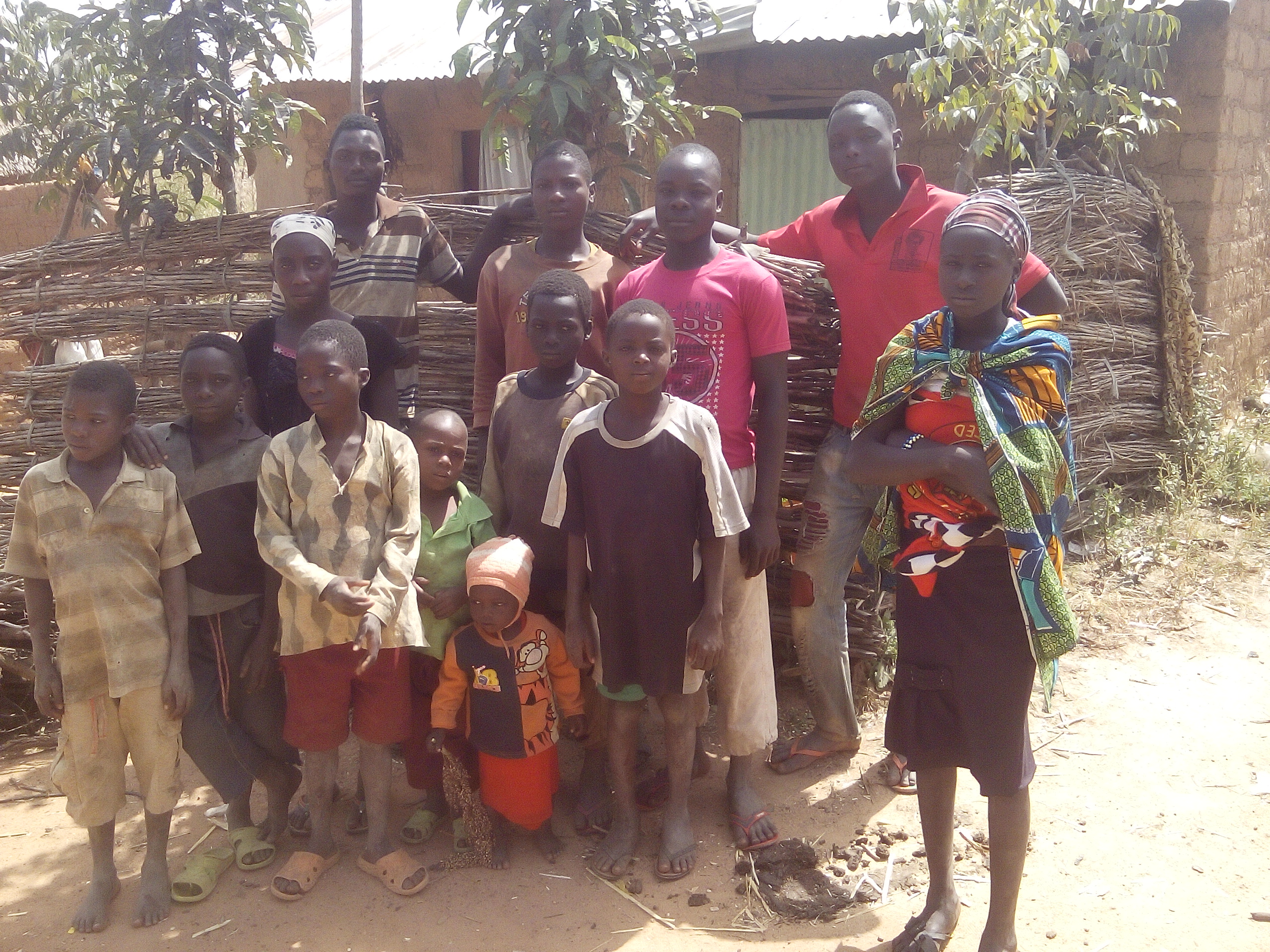