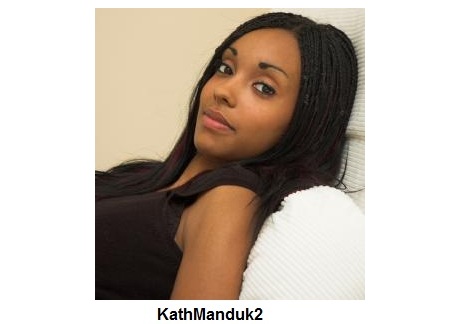 Most ladies in hookups or quickies claim they do it only for men. It’s hard to understand ladies in bed without orgasm. So when ladies say they are grateful to God but not to the godsend, ruffled men hail ingrate. Favor can be exchanged for sex. Relationships: sexual or platonic takes more than ingrates. Both sexes expect the partner rendered favors to be readily there when needed. But if either chose just sex, don’t be so disappointed.

Misunderstandings stem from confusing the difference between the love and obligation of the parents to their children, expecting same in return. Yet favors to friends may blossom into deeper attachments or partnerships may burst even before they start. Good numbers of people do favors without expecting anything in return. Let us be clear, only so many. Otherwise the word ingrate would have been extinct between partners.

If a Good Samaritan expects nothing back in kind or cash, still, do not rob St. Peter to pay St. Paul. Heaven helps those that help themselves, not those that expect manna from godsend without being useful, at least passing it along. Even if anybody could have been godsend, do not burn your bridges. While you did not choose your parents, you chose partners that could have met others or useful to those more in need.

Parents are often disappointed that after all they denied themselves to provide for their children’s development; their grown children might abandon them. The same is true with ladies and men. After all the favors, partners may be disappointed that others are reaping the fruit of their favors. A lady may invest all she has on her boyfriend only to be abandoned for a fresh-lady in college or another guy might snatch a man’s only Hope.

One study came out that only about twenty five percent of ladies actually enjoy orgasm during hook-ups, the rest do it to please the men. A guy you just met cannot be asked to stimulate you where you appreciate most out of shyness. But the same study reveals that more women get orgasm with partners they know longer and can share favorite erogenous zones with. See study

Culturally Africans may query this study about selfless ladies doing it only for men. Many were not used to oral sex until lately. Some ladies insist on giving it to them. There must be something in it for the ladies. Even in a quickie some ladies try the dominant position on top until they are satisfied. So some women find their way to getting the pleasure in a hookup or quickie. They do not have to be sex addicts or prostitutes to pose preferably.

Some ladies complain that most men always want something back after favors: sex and/ or a bond. If they get either for a while, they need to be satisfied and move on. But if a man ditches a lady that took good care of him, she can be mentally scorned. It may have more to do with biology since ladies have limited time to groom another partner.

Women ungratefulness when men went out of their ways to do men favors may be a way of paying back since most men are satisfied and only 25% of ladies reach orgasm in that type of situation. The question individuals need to ask is if they are doing favors so that those favors could be returned in future or they are passing goodwill around so that recipients can pass it on to others. Can generous sex giver generate goodwill to others?

We have to be careful about the link between ladies ungrateful to men after getting favors and sexual satisfaction that women do not get after those favors. The survey revealed that young women would go into brief sexual encounter knowing that is not gratifying, without expecting favor from strangers or casual acquaintances. This analysis may have missed the instant rush partners get, fatal attraction or captured daydreams.

What prolongs most relationship is the sincere partnership, not the sexual gratification as much. If it is about sexual gratification, we may have a hard time explaining hookups amongst young people in colleges or at work. Even when men may be more satisfied with quickie or oral sex than ladies since orgasm takes longer for them to reach, there must be a desire. There must be something in it for women than the study suggests.

If men treat sex as casual encounter just for them to come and not for ladies to get orgasm, men should not be resentful when women became ingrates for their kindness. Some men think a female orgasm, is a tougher nut to crack, compared to how easy it is for women to get men aroused. Women confess to one another that they have to fake orgasm even in a stable loving relationship sometimes.

By the time we get to procreation, which is the biological reason for sex some women may just want to get it over with, since they need not have an orgasm to produce an egg for fertilization. Imagine what it would be like if women have to, the world would be under populated with children. So as far as biology is concern, only men need to release.

Therefore, if a lady asked you, what favor have you done for her lately? Please rationalize it. She may have developed a short memory, try and understand. Today, women brag that they do not have to depend on any man. The fact is we need one another is different ways. If you are not providing the favor they need, someone else is. That may be why some, not all, do not appreciate godsend.