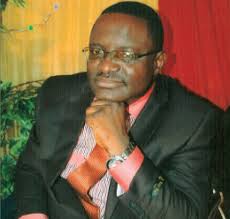 A group, Majority Stakeholders Coalition (MSC), has faulted the marginalisation of Christians ion Lagos politics and promised to support that would correct the political anomaly.

Rev Tunde Elebute, who spoke on behalf of the group, alleged that there had been a deliberate effort to frustrate Christians for political positions in the state. He said many of the political appointments in the state had been skewed in favour of other religions.

Proving its claims, the group said the population statistics showed that at least 60 per cent of Lagosians were Christians.

“Of the 20 local governments and 37 local council development authorities, 40 of the council chairmen are Muslims; only 17 are Christians.

“Of the 10 members of the House of Representatives from Lagos State, nine are Muslims; only one is a Christian.

”Of the three senators representing the state, two are Muslims; Senator Oluremi Tinubu (an Itsekiri), the only Christian, is representing her Muslim husband‘s slot.

“We are mobilising our members and asking them to be ready for the new dispensation. When the time comes, we will only vote for any party that is ready to redress the lopsidedness in the state.”