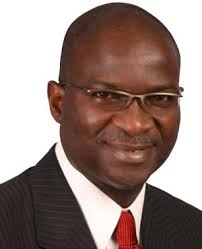 A group, Joint Muslim Forum (JMF), has discredited the call for a Christian Governor in Lagos State, saying it is a selfish and misguided action from the section of the Christian brothers.

In a press statement released by the group, it called on Lagosians to reject any candidate that emerges on account of subterranean or disguised religious sponsorship.

“Let it be put on record that Lagos State Muslims did not at any time nor in any forum accept the call for a Christian Governor let alone endorsing or adopting any Muslim Candidate as Deputy Governor. We, the Muslims of Lagos State dissociate ourselves completely from this embarrassing, misleading and deceptive quest for “political power” through the back door.

“We remain committed to democratic norms and principles in the election of governor for Lagos State. Our stand is that candidates should emerge on the basis of merit and demonstrated capacity and capability to move Lagos State forward and consolidate on the existing level of development”, the group said.

In the same vein, the group condemned the Court ban on the use of Hijab in secondary schools in the state saying it is an infringement on their belief.

“Hijab is a religious duty for Muslim women and failure to use it is a sin against Allah. Any employer who stigmatizes or victimizes a Muslim woman on account of her wearing hijab has also violated her Allah-given fundamental human right

“The ruling on the Hijab case is therefore illogical, inexplicable and a total miscarriage of justice. The learned judge erred by averring that hijab creates a sense of inferiority in those who do not use it. It is laughable. How can the hijab used by a Muslim student give others inferiority complex? Should those who want hijab therefore remain perpetually under oppression and lack of religious freedom?”, the group said.

In its plea to the Lagos State Government, the group cited that since Hijab is acceptable on school uniforms in the whole of Northern Nigeria, Ekiti, Oyo and Osun states, then the state government should also allow for it to be worn in schools.

Its words: “We call on the state government to voluntarily ignore the judgement and uphold the right of female Muslim students by issuing directive to school heads and principals to allow use of hijab to students who subscribe to its use.

“This step does not in any way offend the so-called Nigeria’s secular nature as provided for in Section 10 of the Constitution.”, the group said.

The group mentioned that should the judgement be implemented, the ban on use of hijab in secondary schools is capable of creating avoidable tension and crisis and may thereby destroy the peaceful co-existence and religious tolerance which the state currently enjoys.

Not only that, the group resolved to throw its support and give its votes to any candidate from any political party that is ready to grant religious freedom.

The group said: “We will vote for those who will approve the use of hijab in schools no matter what their political affiliation. This suffering is too much. Lagos State Government treats Muslims with disdain.