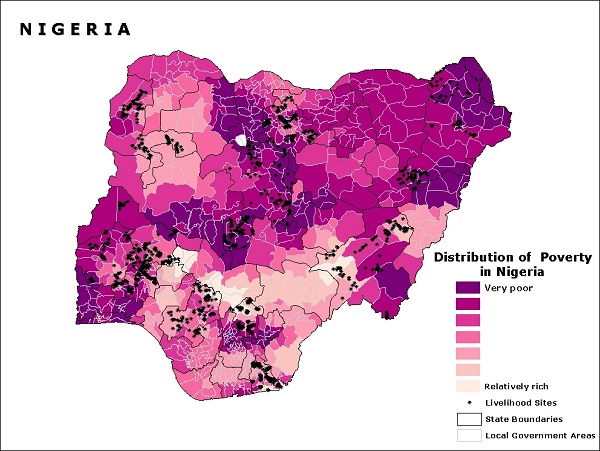 Lagos, 6 other states control 90% of cash transactions in Nigeria – CBN

The Central Bank of Nigeria (CBN) has said that Lagos and six other states control about 90 per cent of cash transactions in the country. The other states are Rivers, Anambra, Abia, Kano, Ogun and the Federal Capital Territory (FCT).

CBN Deputy Governor, Operations, Mr. Tunde Lemo, who disclosed this, said  this was the reason why the abovementioned states were been slated for the second phase of the cash-less project billed to kick off on the July 1st.  Acknowledging that there have been and there are still challenges with the cashless project, he said most of them are being resolved.

He listed one of the major challenges to include interconnectivity in some of the clusters, which he said is being addressed.

Lemo said that besides the use of alternative channels of transactions such as Point of Sales (PoS), the cashless project would be driven through the telephone.  Nigeria is second in number of mobile phone users in sub Saharan Africa after South Africa, which is also the largest economy in the region.

Lemo also said the cashless policy had been successful in Lagos, adding that the number of Point of Sale (PoS) machines in Lagos has increased significantly from about 5,000 when the policy took off last year, to over 150,000.

“We still have a few challenges, but if I look back, I really would say that we have done a lot to transform the payment system in Lagos through PoS,” he said.

The cashless policy, whose implementation began in Lagos in January, last year, is aimed at reducing the dominance of cash in the system. The policy specifies penal charges for individuals and corporate organisations that want to withdraw or lodge cash above prescribed limits. Under the policy, the CBN pegged the daily cumulative cash withdrawal or deposit limit for individual accounts at N500,000 per day and N3 million per day for corporate accounts.

Just a week ago, the Chief Executive Officer, Electronic Payment Providers Association of Nigeria (E-PPAN), Mrs. Onajite Regha, said the coming on board on the next phase of the cash-less policy in July may raise the value of electronic funds transfer in the country to N160billion per day by the end of the year.

The E-PPAN boss, who spoke in Lagos, said the current value of electronic fund transfers – put at N80billion per day by the CBN, would most likely double because there would be a lot of changes, which would compel people to use e-Fund transfer channels.

The Nigeria Interbank Settlement System (NIBSS) is handling transactions worth about N20billon daily, while the Nigeria Electronic Funds Transfer is conducting about N60billion worth of transactions daily.

NIBSS provides the infrastructure for automated processing, settlement of payments and fund transfer instructions between banks, discount houses and card companies in Nigeria. It is owned equally by all licensed banks in Nigeria, and the CBN. Discount houses operating in Nigeria also hold substantial shares.