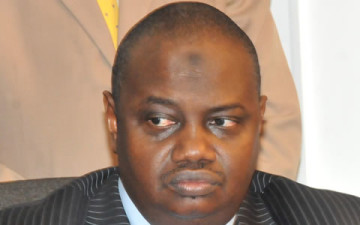 The bilateral agreement recently signed between Nigeria and the United Arab Emirates (UAE) is definitely beginning to yield results earlier than one would have expected. When President Muhammadu Buhari signed that deal, the expectation was that some more weeks would go by before the anti-corruption war will see benefits from the agreement.

The publication of the list of Nigerians with properties in the Gulf States has however signaled that era of politically exposed persons from Nigeria stashing stolen funds in the property market in that destination is over. Gone is that sense of security that made the UAE a destination of choice – the absence of such treaty has in the past made it a location of choice when exporting proceeds of corruption.

For those who are eager to see corruption tamed in Nigeria, the publication of that list should naturally lead to questions being asked. The responses to those questions should lead to demands for specific actions.

For instance, prior to the publication of that list, there are Nigerians who are widely known to own assets in this nation either on account that their interests in the Middle East is public knowledge, they are known businessmen-billionaires or that we just simply know that people as corrupt as they are must have something stashed away in such locations.

Then there are those whose names are absent from the list even though events around their persons would have suggested that they must be property tycoons in Dubai. The public perception bubble got busted on that one.

Somewhere in between these two categories are the surprise names. Their names appearing on the list, regardless of recent events and allegations around them, simply sucker punched the average right thinking person. For instance, the former supremo of the Economic and Financial Crimes Commission (EFCC), Mr Ibrahim Lamorde has his name on that list. The outrage of it!

Even the controversies and allegations that he might have diverted as much as one trillion naira in recovered money and assets for his personal use could not have prepared one for the fact that Lamorde would be brazen enough to openly hold assets in his own name in that nation with impunity. Lamorde is alleged to have over a $60 billion investment in Dubai and neighboring Islamic countries. Any lingering doubts as to whether he appropriated over N1 trillion in recovered funds to himself have now been cleared with this discovery. How can Lamorde explain being worth that much on his police and later EFCC salary?

On the contrary, Abdulrasheed Maina, the former Chairman of the Pension Reform Task Team, whom Lamorde spent his entire tenure at the EFCC demonizing was nowhere to be found on the list of persons who own property in the United Arab Emirates. That is another jaw dropping one there. The impression that Lamorde and his hordes of jobbers had created was such that the good work that Maina did with pension reforms was almost rubbished. Fortunately, pensioners, who know better, have come out severally to commend the changes that Maina engendered in pension administration.

With this development in Dubai, there is the instinctive reaction one to begin mentally revisiting earlier assertions by Maina that the accusations against him were the direct consequences of not succumbing to extortion and blackmail. Many of those demanding for him to be crucified turned out to have demanded bribes that he refused to give. Instinct will also make one to begin to ask questions about the veracity of claims, not just by Maina, but several others, that Lamorde ran an extortion racket while at the EFCC directly and through proxies. How much of these can be true?

One must further probe to know why Lamorde is not just keen but is making spirited efforts to see that Maina’s name make the list of property owners when he never succeeded in trying him in a competent court in Nigeria for the entire duration of his tenure as the EFCC helmsman. To expose the bad faith in Lamorde’s latest antics, he totally failed to explore the option of using Maina as state witness even after he has made revelations about those that the then Lamorde led EFFC should be going after.

Fortunately, while Lamorde deals with his baggage and Maina continues with efforts to clear his name, it is noteworthy that part of the job of the present EFCC’s leadership has been made easier. As the incumbent EFCC Chairman, Ibrahim Magu step up the attack on graft, he must realize that Nigerians deserve to see the authentic list from Abu Dhabi. When Nigerians know for a certainty that the list in the public domain is the authentic one, there is the increased likelihood that more whistleblowers will step forward to assist investigations.

Lamorde’s presence on that list should also prompt the EFCC to quickly act on his case. The commission must act fast not because of personal sentiments but to send a clear message to Nigerians that what the former EFCC boss did is not in the character of the agency.

In the meantime, the EFCC can take a leaf from what went down in Abu Dhabi. For the authorities to come up with a list within the shortest time possible in the wake of signing the treaty with Nigeria spoke of database put to good use. We are not without database in Nigeria. What has to be done to is to activate the usage in the existing fragmented state, even though there are extant directives to harmonize them. The commission use Abuja as a start, since the Abuja Geographical Information System, AGIS can significantly yield information to identify property ownership. The list of property owned by politically exposed persons in Abuja will definitely trounce that released from UAE and should create the basis for more thieves to go on trial.

The EFCC must also recommend to the presidency to go beyond the Gulf States in signing bilateral agreements that will aid the anti-corruption fight. Recent events suggest treasury looters bought citizenship of several island nations. The likes of Lamorde may be considering towing this line now that the safe haven that Dubai once was is no more. Not only should such people should be closely watched in the UAE, where they are currently in hiding, to ensure they do not surreptitiously acquire citizenship of these island nations, the Federal Government must also get such micro nations on board so that they fleeing criminals would be shipped back should they try fleeing there.

Meanwhile, the EFCC must, acting on the strength of the Nigeria’s new relations with UAE, declare its former chairman, Ibrahim Lamorde wanted so that he can be apprehended over there and sent back to stand trials for his crimes.

ABUBAKAR, a public affairs analyst, contributed this piece from Abuja.