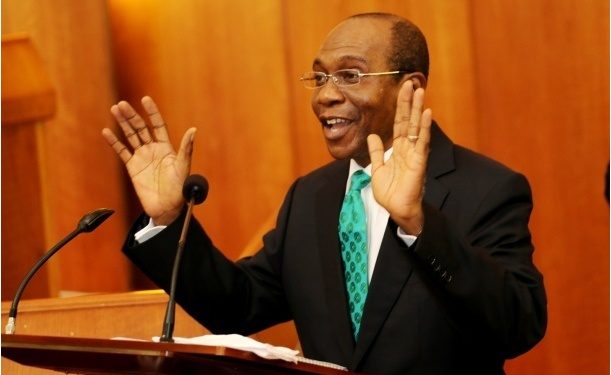 An acclaimed lawsuit filed by 10 constitutional lawyers about 10 days ago at the Federal High Court in Abuja to prosecute Central Bank of Nigeria (CBN) governor Godwin Emefiele has been sold and bought, according to sources involved in the case.

Ezenwa Ibegbunam, a lawyer who was initially hired by the group, confirmed to SaharaReporters today that he withdrew from the case after the media reported it.

One barrister Achilike Anderson and 9 others had filed the aggressive lawsuit to prosecute Mr. Emefiele for money laundering and other offenses.

The other defendants in the suit are President Muhammadu Buhari, the Economic and Financial Crimes Commission, and the Nigeria Senate.

As was widely reported, the suit sought, among others, an order to compel the President to initiate the constitutional process of the removal of the Governor of the CBN for Abuse of Office, Money Laundering and Gross misconduct.

The group said it wanted to be nullified the sham CBN Employment exercise which was blown open by SaharaReporters, arguing that it was in violation of all recruitment laws and due process.

The hearing of the case was then scheduled for tomorrow, May 3.

SaharaReporters has however learnt that the case was originally filed with the sole intent of extorting money from the CBN governor, whose job remains shaky.

Our sources affirm that those involved have reportedly received an N350million settlement from Mr. Emefiele to withdraw the case.

Asked if he was threatened on bribed by anyone for that action, Mr. Ibegbunam replied that his withdrawal was necessitated by personal reasons as he had issues with his clients as well as his family members.  He did not disclose what those issues are.