THE Economic and Financial Crimes Commission has said about $20 trillion had been stolen from the treasury by leaders who had access to the nation’s money between 1960 and 2005.

The commission further said that as at year 2000, the record showed that $100 billion had been stolen with an external debt of $33 billion suggesting that paying off the nation’s external debt would have required only a fraction of the money stolen by the country’s leadership.

The commission further said that as at year 2000, the record showed that $100 billion had been stolen with an external debt of $33 billion suggesting that paying off the nation’s external debt would have required only a fraction of the money stolen by the country’s leadership. 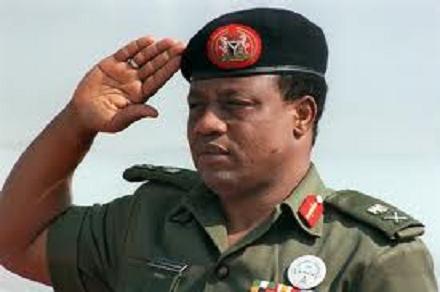 While quoting an earlier presentation by the Chief of Staff to the Executive Chairman of the commission, the Director, Internal Affairs EFCC Mr. Wakili Mohammed who represented the Executive Chairman of the commission, Mr. Ibrahim Lamorde added that as the country would elect new leaders in the 2015 elections, women should be vigilant and disallow people with shady backgrounds from getting into public office.

‎The anti-corruption agency said this yesterday in Ibadan at a one day sensitization workshop for Women Civil Society Groups.

The commission organised the programme in collaboration with the African Centre for Media and Information Literacy (AFRICMIL).
The workshop was hinged on “How women’s organisations can aid the fight against corruption,economic and financial crimes”.

Wakili noted that power to liberate our nation from deep-rooted corruption lies in the hands of women knowing fully well that corruption remains the bane of the nation’s development which results in lower levels of spending on education,healthcare and other social services that affect women and children.

According to reports by the United Nations Development Fund for Women,UNIFEM, “women are more vulnerable to the impact of corruption than men. Women constitute larger percentage of the poor as they take primary resposibility for child care which makes them more reliant on public services and this makes corruption in public service delivery have huge impact on women”, he said.

The Head Enlightenment and Reorientation Unit,EFCC, Hajia Aisha Larai Musa emphasized that the Commission works in conjunction with the SSS, Nigerian army,Civil defence and Nigerian Immigration as crime can not be handled alone that all parastatals needed to be involved including organisations and schools.

Aisha stated that women anti-corruption initiatitive programme aimed at engaging women in the fight against corruption,financial and economic crimes, as women their is need to counsel our children.

In her own presentation, Dr. (Mrs.) Kemi Wale-Olaitan said, “corruption is not all about men but women inclusive” stating that sometimes women are forced to pay bribes,even more than money to get what they want.

According to Mrs Betty Anyanwu-Akeredolu, the bad image of Nigeria abroad gave birth to EFCC and the most effective way to reduce crime was to increase people’s perceptions that the cost of offence would exceed its reward adding that no individual was a biological or sociological criminal but “people deliberately commit crime and we can be responsible for the desired change as parents”.

Mrs. Osigwe Oyeronke a teacher who was a participant at the workshop advocated that women are the nation builders, agents of change and should be able to educate the populace on the need for integrity and transparency.