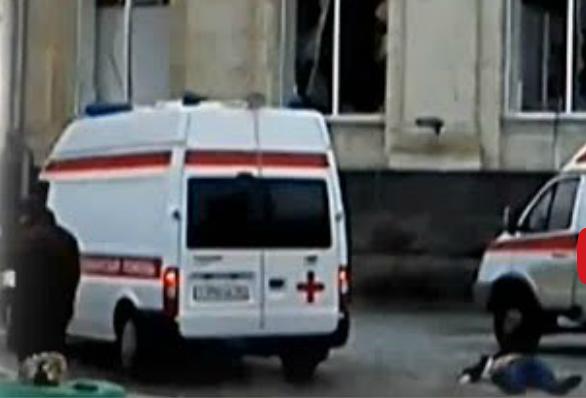 At least 15 people were killed in a blast at a railway station in the city of Volgograd, central Russia, according to the regional government. A female suicide bomber is suspected to have carried out the attack, says the National Anti-terrorism Committee.

For more on the story, go to RT’s Live Updates

“According to preliminary reports, he number of dead has risen to 15 people, with a further 27 sent to hospital, a child among them,” a regional government spokesman told Interfax news agency.

The incident is now being treated as an act of terrorism, Investigative Committee spokesman Vladimir Markin said.

The anti-terrorism committee has released a statement, saying that “there was a massive explosion, resulting in a number of fatalities. The explosion is thought to have been carried out by a female suicide bomber.”

“At 12.45 we got informed that a boom or a blast was heard in the building of the railway station, Volgograd-1. Smoke was reported,” Svetlana Smolyaninova, police spokesperson, said according to RIA Novosti.

Interfax’s source said that “the blast happened near the metal detectors located at the entrance to the station.”

One witness told the agency that he saw “two bodies lying in front of the entrance, pieces of shattered glass are everywhere, there’s a ton of rubble there.” He added that “apparently, the explosion led to a fire, which the firefighters quickly put out.”

Another witness said that the windows on both levels of the station have been shattered and that “the police have cordoned off the area, nobody’s allowed on the premises. There’s a very heavy police presence, emergency mnistry officials, bomb squads… it’s understandable that people are afraid, but there aren’t any screams or panicking.”

There are multiple ambulances rushing to the scene, witnesses at the scene say. The wounded are being loaded onto stretchers as the evacuation of the building continues.

At present, the building has been sealed. The cause of the explosion has not yet been reported.

Volgograd is a city of around 1 million people, about 690 km northeast of Sochi and close to Russia’s volatile region of North Caucasus. The city saw a terrorist attack just in October, when a suicide bomber blew herself up in a bus, killing six people and injuring more than 30 others.

On Friday, a car bomb killed three people in the southern Russian city of Pyatigorsk.