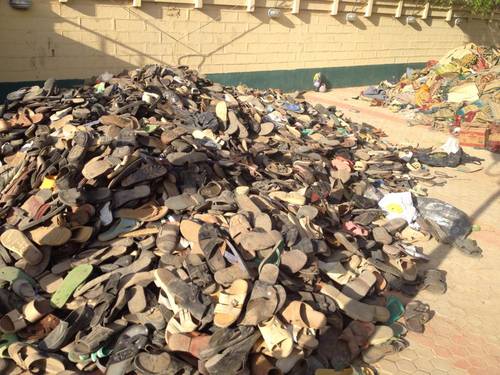 Huge blasts rocked Kano Central Mosque on Friday 28th November, 2014. The blasts were immediately followed by sporadic shooting. The casualty figure, according to some reports, is as high as 200 while the number of those wounded is equally high.
We are devastated by the high toll, the callousness and the barbarism. We pray that Allah forgives those who died in this monumental tragedy and reserves lofty places for them in Aljannah Firdaus. We also pray for quick recovery for the injured.
Our condolences go to Governor Kwankwaso and the Emir of Kano, His Eminence, Alhaji Sanusi Lamido Sanusi. Even as we mourn, we call on Nigerians to take note of the lessons inherent in the gruesome attack.
First and foremost, those behind the killings and destructions make no distinction between Christians and Muslims. We have a common enemy and all the accusations and counter-accusations since the beginning of the insurgency have been a waste of both energy and time.
Secondly, those who thought they could ignite a religious war between Christians and Muslims have miscalculated. It has become glaring that the blood-sucking monsters who are responsible for all these killings are religion-blind. Both the leaders and followers of both faiths should therefore close ranks and sink all differences to the chagrin of the enemies of peace.
Thirdly, all places of worship need protection. The Muslim Rights Concern (MURIC) therefore condemns the concentration of the security agencies on churches at the expense of mosques. Such a strategy is not only defeatist but also lacks clear vision.
Fourthly, it is becoming clearer everyday that instead of becoming weak, Boko Haram is getting stronger five years into insurgency. Yet instead of facing this rebellion headlong, President Jonathan has procrastinated for too long and shown more interest in extending his rule.
Finally, if it is true that a family that prays together stays together, MURIC suggests joint prayer sessions by Christian and Muslim groups all over the country. Our destinies are tied together. Let us pray together to survive together and to keep the country together. We also call for greater vigilance particularly in places where people assemble. There is also an urgent need for all Christian clergymen and Islamic scholars to be more security conscious.
Professor Ishaq Akintola,
Director,
Muslim Rights Concern (MURIC)
Muslim Rights Concern (MURIC),
234-803-346-4974