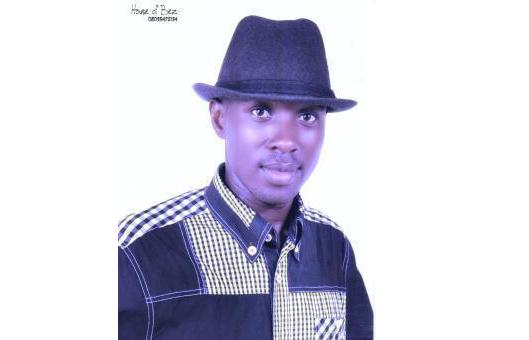 NewsRescue-Let me start by recalling our immediate past 1-Day Peace Conference which was chaired by Distinguished Senator Solomon Ewuga, with a General theme “Manipulation of Religion in Nigeria Politics” on 23rd June, 2012, held at Ibrahim Abacha Youth Centre, Lafia, Nasarawa State. I was highly impressed by the peace-loving posture of Distinguished Senator Solomon Ewuga as manifested in his opening remark while chairing the event.

Distinguished Senator Solomon Ewuga, vigorously and earnestly promised to chart a new course of promoting peaceful co-existence among the entire people of the state. He further postulated and vowed to convey our next proposed peace-loving event in order to give it a National outlook.

There is no doubt that Distinguished Senator Solomon Ewuga; pronouncements must have been informed by the negative attitudes of some disgruntled elements among the good people of Nasarawa State that are head-bent to foment trouble by all means. As it is today, they are using our unsuspecting youths who are victims of our ailing system thereby initiating and turning them into ethno-militant. Posterity will never forgive them.

The Peace Conference was honoured and attended by dignitaries and participants; within and outside Nasarawa State. Some of our participants are as follows; Hon. Musa Illu, DG, Ta’al Campaign Orgainsation, Rtd Col. J.B. Yakubu, a former Military Administrator, Dr. Umaru Shehu Usman, a former Chief of Staff, Alhaji Yahaya Bello, former State Director, National Orientation Agency, Comrade Ibrahim Mohammed Ogoshi, a Staff of High Court and Alhaji Abubakar Sidi, S.A to Governor Babangida Aliyu of Niger state to mention but a few. I learnt a lot from our detribalized and peace-loving participants’ most especially in terms of peace-making postures.

To put it succinctly, the current tension and crisis in Nasarawa State are not inherently based on religion undertone as being spread around by mis-chiefs makers but rather rooted in a complex matrix of political, social, ethnic, economic and legal problems, among which the issue of justice – or lack of it – looms large as a common phenomena that is militating against the peaceful nature of the state which is a truth clear case of sabotages attempt and selfish efforts to ridicule the giant stride of the most populist Governor and hope of rural populace; Alhaji Umaru Tanko Al-makura of Nasarawa state .

In all this, the killing, maiming of innocent citizens and coercing Eggon people to take concoction to join a cult group must have been the reason that prompts Nasarawa State Government and security agents’ decision to convey extra-ordinary emergency security meeting of which at the end of the deliberation, and resolution, security agents were asked to combat security threats in all part of the state most especially in Alakyo – a nearby village to the state capital on 7th May, 2013. But unfortunately, Ninety Seven percent (97%) of the security men were hacked and coldly murdered by disgruntled elements that have set an ill record for the very existence of Nasarawa State. The recent killing of security operatives and citizenries by cults group is particularly condemnable. Instead of Eggon Peoples’ group to admit their mistake and tender unreserved apology for the criminal act committed against Nigerians and humanity. They are busy shifting blames over the criminal act for no cause on our National Dailies and media, thereby aggravating unpleasant and ugly scenarios.

Today, the growing number of threats to human and security challenges in our State has reached alarming condition that made it absolutely essentials to understand, increase and apply knowledge from the various social science disciplines in pursuit of everlasting peace.  Therefore, Violence can never be an alternative to peace – it is the basis for the existence of positive socio-political conditions which minimize destructive tendencies and promote human wellbeing.

It is very disturbing and alarming to learn that many people have lost out their beloved ones as the result of the callous and gruesome crisis for the past years which served as hindrance to peace, unity and progress of some developing communities in the State. It is difficult to resist the temptation of returning abuse for abuse. I think it is high time; we should have second thought about our actions in this contemporary world. Because, I believe in politics of objectivity – I mean politics of common purpose, not politics of ethno-religious card most especially with the primary objective of continuous lynching and botching of epitomized innocent citizens including security agents – a situation that against norms and values of civilization. Above all, people who believe in killing innocent citizens are anti-God and anti-humanity.

It is clear that, Nasarawa State is gradually set on the pedestal of development but the minds of our people are being narrowed parochially, belittling our morals and sense of judgment. Do we wish to be seen as the generation that failed? I think we can all stop to be used by avoiding devilish act in our state and refusing to be the foot soldiers of corrupt and incompetent politicians who are always in need to set us against ourselves for their selfish reasons. They want us to be at each others throat while they continue to manipulate us. We should no longer fight for agonistic behavior in Nasarawa state again. It is better we justify our anger into positive energy by refusing to act on their antics.

Interestingly, Dr. Goodluck Jonathan, President and Commander in Chief of the Armed Forces of the Federal Republic of Nigeria stated and I quote  “I want to reassure you all that those who are directly or indirectly encouraging any form of rebellion against the Nigerian state, and their collaborators, those insurgents and terrorists who take delight in killing our security operatives, whoever they may be, wherever they may go, we will hunt them down, we will fish them out, and we will bring them to justice. No matter, what it takes, we will win this war against terror”.  (Daily trust – Newspaper, pp 3, 14th May, 2013).

It is the duty of any serious and responsive Governments to ensure safety of lives and properties within its jurisdiction. Indeed, the Government of Alhaji Tanko Umaru Al-Makura of Nasarawa State has done well in ensuring security of lives and properties of citizenry. This is not far from the maintenance of law and order in line with the provisions of the relevant sections of the constitution of the Federal Republic of Nigeria most especially with the primary objective of creating conducive atmosphere for rapid development.

I will like to use this golden opportunity to commend the efforts of the Federal and State Governments for a job well done by citing an Army Barrack in Doma Local Government Area of the State. This no doubt aimed at complementing the efforts of ensuring law and order in Nasarawa State and by extension Nigeria.

It is clear that the reason for the emergency of Eggon Militant Group (Ombatse) strange behaviours reveals that they are nursing and pursuing inordinate ambition in order to click governorship position of the state ahead of 2015 elections by force and a call for expansion of their frontiers and territory. What a callous way of promoting selfish agenda in this modern age.

Without bias to efforts of past administrations at both the state and Federal levels, the Eggon as an extraction received key political appointments. At the state level, the Eggons had produced two Deputy Governors and presently five commissioners are now serving in the cabinet. This is aside, the Special Adviser on Security as well as the Head of Civil Service, immediate past and present, all are Eggons – A large number of the Eggons are Chief Executives of Institutions, Boards and Parastatals.

At the State Assembly five out of the twenty four members are Eggons, Six Permanent Secretaries and 50% of the State workforces are Eggons.

At the Federal, a Senator, who served as a Minister, two members of the House of Representatives out of the Five representing the state are Eggons. This is excluding the career civil servants although political, where an Eggons is enjoying a Federal Permanent Secretary slot. There a exist Executive Secretary, Federal Judicial Service Commission who is also one of them. The list is inexhaustible, since I can go on and on.

Judging by the level of present day civilization most especially in the 21st century, one would have expected that those Ombatse shooters among others should have seen the futility of their inordinate ambition, fighting for expansion of territory and frontiers. To say the least, this is a very unfortunate situation.

I am therefore, extremely Concerned to use this medium to appeal to His Royal Highness Dr. Bala Angbazo, Senator Solomon Ewuga, Nasarawa State Government, Federal Government, including concerned prominent sons and daughters of the state as a matter of urgency to set in motion machineries that will help nib the ugly situations in the bud to prevent re-occurrence and colossal destruction.

It is glaringly clear that the good people of Nasarawa State are very accommodative, law abiding, peace-loving citizens; judging by their disposition in terms of peace building and sustainable development. The state capital – Lafia is more of cosmopolitan city because, refugees from the neighboring states – Plateau, Taraba, Kaduna, Borno, Yobe, Adamawa and Kano have been living in the state decently and harmoniously.

…Let Peace Reign in Nasarawa! Authorities’ Concerned Act Now!! Now is the Best and Most Appropriate Time to Fight against this ethnical chauvinism!!!

Article contributed to NewsRescue; Posed May 22, 2013