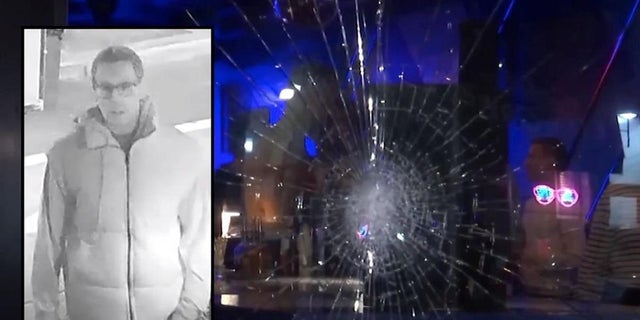 Some on the left blamed LGBTQ hatred and homophobia for vandalism at a gay club in New York City, but police arrested a suspect who claimed to be gay himself.

Surveillance video showed a man wearing glasses walking up to VERS, a gay bar in Hells’ Kitchen, and throwing a brick at one of the windows while patrons looked on.

Over the course of a month, there were four incidents of vandalism against the same bar, according to police. They later posted a video of the suspect from inside a nearby bodega.

The bar’s owner implied that the incidents were motivated by anti-gay sentiment.

“There’s a lot of heightened fear in the community as a result of attacks happening all over the country, and we just want to make sure that we’re providing a safe space,” WNBC-David TV’s DeParolesa said.

Don’t miss out on Dave Rubin’s content that is uncensored by big tech. Now is the time to listen to The Rubin Report.
The police attitude was criticized in a Gothamist article because they did not take the incident seriously enough as a possible hate crime.

According to DeParolesa, he told a police officer that they might have been targeted because they were a gay bar, to which the officer replied, “Well, you can’t know that.”

The owner was irritated by the police’s casual attitude.

“It’s typical that we, as gay people who have created spaces for ourselves, need to protect ourselves,” he added. “I’m not a pessimist. In fact, I’m more confident than I’ve ever been.”

Some people on social media, however, were skeptical. After seeing the video of the man throwing the brick, comedian Theo Vonn tweeted, “that form tells u its an inside job,” which received over 303k likes.

On Tuesday, police shattered the homophobic narrative by arresting 34-year-old Sean Kuilan, who identified as gay.

According to NYPD Chief of Detectives James Essig, Kuilan told them he was “exacting revenge” on the gay bar on behalf of a female friend who had a feud with the establishment.

“We don’t have any reason to believe it’s [a hate crime] right now,” Essig said.

“I’m gay myself,” Kuilan told reporters as he was led into court by police.