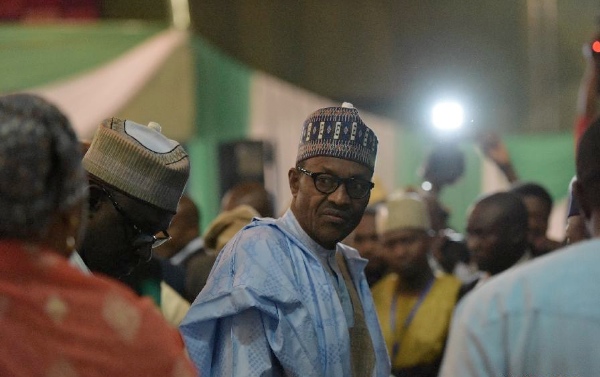 How can small businesses make profit or create jobs in countries with loan interest rate around twenty percent? When it is about high-risk business and individuals, bank may justify such outrageous lending rate to cover their high probability loss. But any rate above twenty percent to businesses; are given by Mafia, check cashing or Bureau de Change and exploitation of the poor without bank accounts in very depressed neighborhoods. Outrageous Loan rate

Africans always deal with triple whammy of high interest rate, inflation and devalued currency. Zimbabwe is a special case. There is no way anyone can justify perpetual high interest rate in African countries. Generally, inflation has always been the enemy of the common man; more so in Nigeria than in Ghana. Everything goes up and defies all western economic models of M0, M1 and M2. The exchange rates only get worse, not better from one administration to another

A country must have tangible exports as income before devaluing its local currency, otherwise it might as well put itself out for sale. Apart from fighting corruption to the barest minimum, the two immediate steps Nigeria must take right now while waiting for diversification of economy and increased exports are: 1. fixing the refineries 2. patronize locally made products and food. The saving from these two areas will save the foreign reserve and firm up its currency.

Saving money on refined oil products that are locally produce can buy time, should have bought time. It is the best way to firm up naira purchasing power. Nigerians continue to blame Central Bank for indulging them to import foods that are available but neglected at home. Even more important; imported finished petroleum products when there were enough disabled refineries. They imported Brazilian hair, nylon bags and even got into importation of toxic waste!!!

While it is true that fat cats made it worse by their lion share of imports and money laundering, blame shunned local goods and services in favor of imports as water little drops add up to flood.

One good way to arrest or stabilize currency devaluation is discipline in printing money. Interest rate can be safely brought down gradually as less local cash chase unnecessary foreign goods and foreign currencies. Foreign currencies should never be a legal tender in the local market in the first place. Anyone that needs foreign currency must transact it through their banks where   it has to be justified. Payment to foreign countries should be coordinated by Central Bank draft.

If anything, western policies have worked against developing markets duped as emerging markets and BRICS made up of Brazil, Russia, India or China (S for S. Africa). The aim is identical, which is to exaggerate foreign investments returns in these countries in exchange for high interest rate payment. Countries like Brazil, Russia and United Arab Emirate borrowed heavily while some of them have defaulted or go into loan reorganization (in form of Chapter 13).

Dubai particularly is of note here; while real estate companies could not repay their loans, they already had the entire infrastructure in place to show for it. Investors could not take them away but had to accept their terms of repayment. Today Dubai booms with low loan interest rate, first class infrastructure that can be compared with any major city in the world. The difference in Dubai is that the loans given to them served the purpose; that is infrastructure development.

They sucked African countries into “low” interest loans knowing full well that they are going to default resulting in penalties and interest that eventually turns into balloon loans over 300%. A tiny percentage of their profit is given back as “foreign aid”. Yet these African ministers praise one another for negotiating a “good deal” before and after giving away the whole farm! Those capable with the ability to negotiate like the Chinese will never get the job as finance ministers.

A country like Nigeria had no reason borrowing at Paris Club predatory low rate that lured it to balloon payments. $11 billion was borrowed, Nigeria paid back $32 billion and stilled owed $34 billion; about three times the initial amount was still owed. See Kehinde & Awotundu, 2012.

Therefore, any interest on deposits and investment made to Dubai, paid off for investors until the bubble burst. In the case of China, they had dual forex like Nigeria but they dictated how low or high their currency would be in world market. In other words, they had currency control to their advantage. Therefore they export inferior products and services at a cheaper rate than the receiving countries by devaluing their currencies. Their inferior goods sold well at low price.

This notion that if we keep interest rate high, we will invite investors is delusive. Countries with low or negative interest rate attract more cash and investment than Nigeria, Ghana, Malawi, Gambia, Liberia or Zimbabwe. The false sense of security is the accepted belief like other investors, that our money and investment are safer in United States and Europe with lower interest rate returns. Developing v. Developed countries Interest Rate

Safety in western countries is an illusion since their investment or African loot can be seized as in the case of Iran, Libya and Iraq or sanctioned as in the case of Russia. The only power so far that have withstood them is China. It has more to do with their political might than economic genius. China is one of the biggest holders among foreigners of United States treasury notes.

It defies logic to think that since China exercise control over financial house, that a communist country is a safer place to keep cash or invest. Even those companies looking for cheaper labor in China still face strict profit transfer, company regulations in terms of local interest and major participation that is lacking in most if not all African countries. This is why African countries find China terms of investment easier to swallow than those of Western countries; less exploitative.

Therefore the high interest rate in developing countries comes from the influence of Western countries that see them as high-risk place to invest demanding highest returns. It certainly has no value to a country like Nigeria that just prints inflated naira to exchange dollar and pounds but cannot invest the naira for higher returns at home. No business can borrow naira at such a high rate to create jobs or make profit by competing with Central Bank rate of returns on naira.

Most of the so-called foreign investors are in fact Africans used as partners collecting upfront fat commission or selling their interest. The foreign firms recuperate their money by inflating cost. They can then afford to pay whatever interest local or foreign banks charge them. The real losers are the local businesses, governments giving out inflated contracts or in joint partnership with foreign companies. African finance ministers rewarded with awards and positions abroad.