“The appointment of Ministers is constitutional because the constitution prescribes that there must be a Minister from at least one state of the federation and President Mohammdu Buhari will do what is constitutional. So, he will constitute a cabinet. But then when he does it is his prerogative. He is the one who will determine when he needs that cabinet. But for now, he has said that he wants to lay a proper foundation for the administration and that’s why he has been working with bureaucrats; the various Permanent Secretaries. For the past two week and still going forward, the Permanent Secretaries have been briefing him on the state of their ministries and then, I am sure at the fullness of time, the Ministers will be appointed.”.

Nigerians who found the phrase funny took to twitter to mock him. See their tweets after the cut… 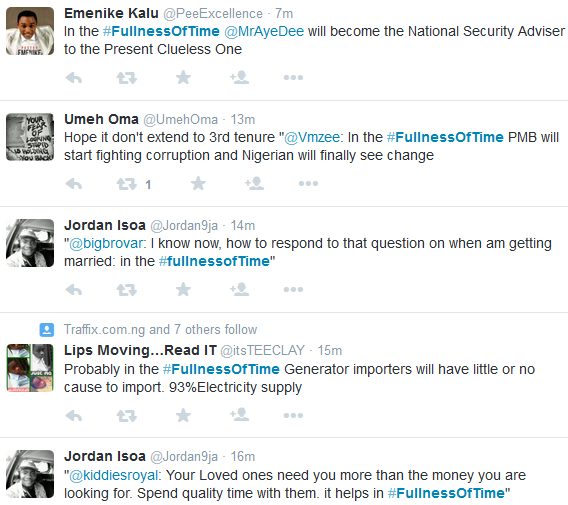 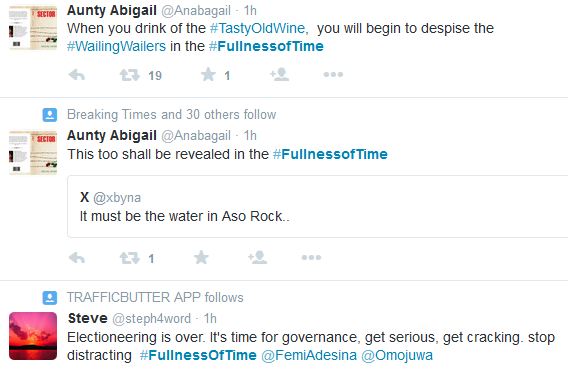 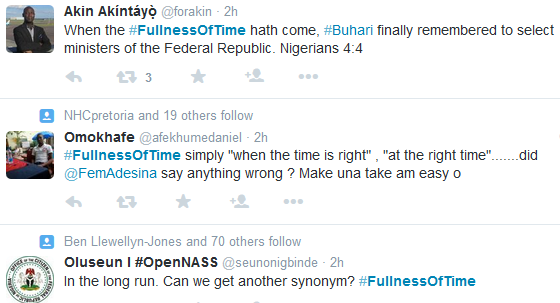 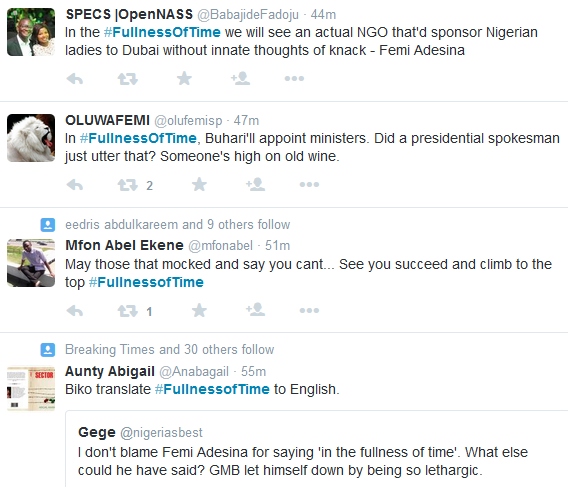 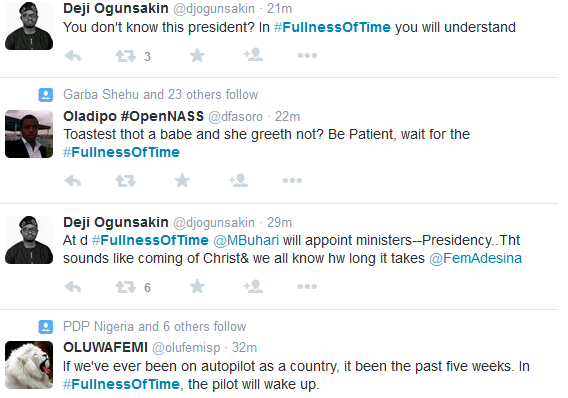