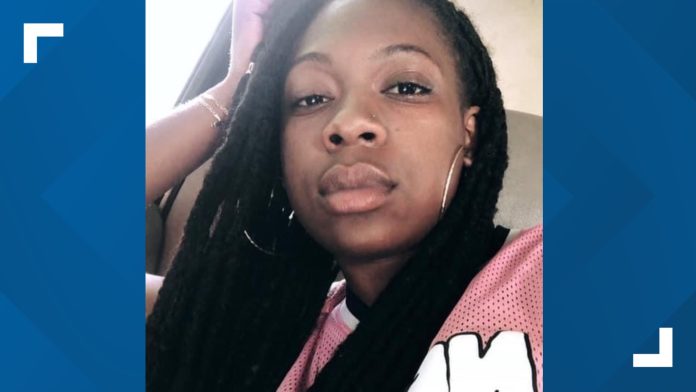 Over the Christmas holiday, New York was pummeled by a severe winter storm. More than 50 inches of snow fell during the blizzard. Unfortunately, more than two dozen people died as a result of it, NewsRescue reports.

Anndel Taylor, a nursing assistant from Charlotte, was among those killed. Taylor was not born in North Carolina, but according to her family, she grew up there.

According to her family, Charlotte Taylor was driving home from work on Friday when she became stranded in the storm. Her family said she called for help several times, but nothing came of it. She was discovered the next day in her car, but it was too late, and she died just a month shy of her 23rd birthday.

Wanda Brown Steele, her mother, said she is struggling to cope with the tragedy.

“It’s as if I just want to wake up from this dream,” Wanda explained. “She was so lovely.”

Taylor had been stuck in her car for several hours. She used her cell phone to communicate with her family, even sending them a video of the blizzard she was in.

“Around 12 a.m., she texted us the last video showing the snow was pretty much up by her stomach,” said her sister, Tomeshia Brown.

That was the last she heard from her sister, according to Tomeshia. She believes Anndel died of carbon monoxide poisoning because her car was completely covered in snow.

“She was in a comfortable position inside the car when they discovered her body,” Tomeshia explained. “She was dressed in scrubs and crocks and didn’t freeze.”

Anndel was described by loved ones as a protector and caretaker. She relocated to New York to attend school and assist her father, Handel Taylor.

He described her as brilliant and astute.

“She came here for a better life, and she ended up giving us one,” Taylor explained.

“She traveled all the way to Buffalo to care for her father, and no one was there to assist her,” her mother said.

Her family in New York said they tried everything to get to Anndel but couldn’t because of the snow.

“We’d been trying all day to go get her back-to-back. “I tried in my car,” her half-brother, Michael Taylor, explained. “My car got stuck before I could even get out. We tried once more in my uncle’s car. It did get out, but we got stuck about two blocks down. Later that night, around 10, 11 p.m., I was in my mother’s Ford pickup truck. So that was our last car, and even it got stuck.”

Strangers discovered her body Saturday night and were able to contact her family, who had also turned to social media for assistance.

According to Anndel’s family, the same stranger who found their daughter had a truck and drove them to her so they could take Anndel to the hospital.

“She was courageous. “She was always there for us,” Michael said. “My sister had everything you needed. She was always dependable.”

“This has been extremely difficult for us. “She was the youngest, but she had the oldest soul,” Tomeshia explained.

The family set up a GoFundMe page to cover the costs of the memorial service so they could say their final farewells.