Magu Fiasco Legal Implications: Buhari Either Not in Charge Or Using Corruption To Fight Corruption, By Inibehe Effiong 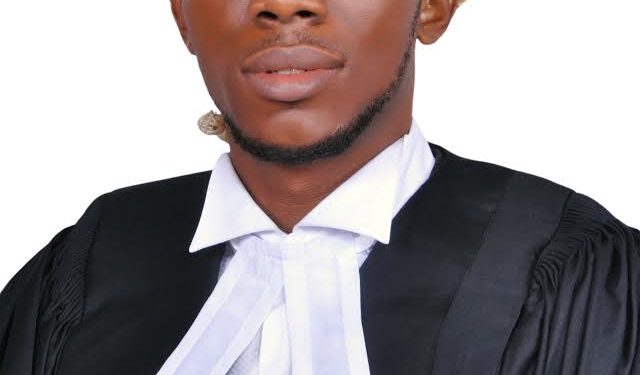 Legal Implications Of The Senate’s Rejection Of Magu’s Nomination

On Thursday December 15, 2016 the Senate of the Federal Republic of Nigeria held an executive session during which it rejected the nomination of Mr. Ibrahim Magu as the Chairman of the Economic and Financial Crimes Commission (EFCC) by President Muhammadu Buhari based on an adverse ‘’security report’’ authored by the State Security Service (SSS).

Unsurprisingly, the decision of the Senate has triggered controversy on whether Mr. Magu can validly continue in his capacity as the Acting Chairman of the EFCC in the light of the disapproving decision of the Senate. This intervention seeks to offer clarification on the issue based on the enabling and relevant legal authorities.

On the mode of appointing the Chairman of the Commission, the relevant statutory provision is Section 2(3) of the Economic and Financial Crimes Commission (Establishment) Act Cap. E17 LFN , 2004. It provides thus:

‘’The Chairman and members of the Commission other than ex-officio members shall be appointed by the President and the appointment shall be subject to the confirmation of the Senate.’’

Flowing from the above, two issues necessarily arise for determination:

In resolving the twin issues formulated supra (above), the provisions of Section 11 of the Interpretation Act Cap. 123, Vol. 8, LFN, 2004 are apposite. For clarity and ease of reference, the said provisions are wholly reproduced infra (below):

(1) Where an enactment confers a power to appoint a person either to an office or to exercise any functions, whether for a specified period or not, the power includes−

(a) power to appoint a person by name or to appoint the holder from time to time of a particular office;

(b) power to remove or suspend him;

(c) power, exercisable in the manner and subject to the limitations and conditions (if any) applicable to the power to appoint−

(i) to reappoint or reinstate him;

(ii) to appoint a person to act in his place, either generally or in regard to specified functions, during such time as is considered expedient by the authority in whom the power of appointment in question is vested.

(2) A reference in an enactment to the holder of an office shall be construed as including a reference to a person for the time being appointed to act in his place, either as respects the functions of the office generally or the functions in regard to which he is appointed, as the case may be.

Before proceeding to examine the ramifications and effect of the elaborate provisions above, it should be borne in mind that the Interpretation Act is a special piece of legislation that gives direction on the meaning of words, expressions and interpretation of the provisions of all other laws enacted by the legislature. Where there is an interpretative lacuna or controversy in a statute regarding the meaning and application of certain words, expressions and or provisions, the Interpretation Act is usually resorted to by the courts for succor.

On the second issue, we submit that the decision of the Senate to reject the nomination of Magu for the position of substantive Chairman of the EFCC has no upsetting consequence in law on his earlier appointment as the Acting Chairman of the EFCC by President Buhari on November 9, 2015.

The Interpretation Act does not specify the term of office or period for which the acting chairmanship is to subsist. Section 11(1)(c)(ii) of the Interpretation Act seems to give the appointing authority the discretion to determine how long the acting or temporary appointee is to serve. This reasoning appears inevitable given the use of the expression ‘’during such time as is considered expedient by the authority in whom the power of appointment in question is vested’’ in the cited provision.

It is an elementary principle of statutory interpretation that where the words and expressions used in a statute are clear and unambiguous, they must be given their natural and ordinary meanings unless to do so would lead to absurdity or insistency with the rest of the statute. See the recent decision of the Supreme Court in Okoye v. C.O.P. (2015) 17 NWLR (Pt. 1488) 276 at 320. The expression ‘’during such time as is considered expedient by the authority in whom the power of appointment in question is vested’’ is clear and unambiguous.

In the instant case, the President is the appointing authority under Section 2(3) of the EFCC (Establishment) Act. He is the person vested with power under Section 11 of the Interpretation Act to appoint an Acting Chairman in lieu (in the absence of) of a substantive chairman. Accordingly, Mr. Magu will continue to act as the chairman of the EFCC if his retention is considered expedient by President Buhari. It does not lie in the mouth of the Senate to say what is expedient in the circumstance. The parameters for determining the expediency of Magu’s continued acting leadership of the EFCC belongs to President Buhari.

However, we submit that there are two identifiable limitations or exceptions to the power of the appointing authority under Section 11 of the Interpretation Act to determine the duration or tenure of a person appointed in an acting capacity based on what is considered expedient by the appointing authority. These exceptions will be shown using the present case of Ibrahim Magu.

First, we submit that Magu cannot legally serve in an acting capacity BEYOND the term permissible for a substantive chairman of the Commission. Section 3(1) of the EFCC (Establishment) Act states that ‘’the Chairman and members of the Commission other than ex-officio members shall hold office for a period of four years and may be re-appointed for a further term of four years and no more.’’ It would be absurd for anyone to suggest that a person who is appointed in an acting capacity can serve in that capacity beyond the statutorily allowable tenure for the substantive appointee. The President’s power to appoint an Acting Chairman of the EFCC under Section 11 of the Interpretation Act is derivable from and only incidental to his power to appoint a substantive Chairman under Section 2(3) of the EFCC (Establishment) Act. Therefore, Magu cannot continue in his acting capacity beyond the four years term (in the first instance) allowed for a substantive Chairman.

Second, it is our humble view that Magu’s tenure as the Acting Chairman of the Commission MUST BE LESS THAN the four years period stipulated for a substantive Chairman. The gravamen of this contention is that the words ‘act’ and ‘acting’ when used in relation to a position, by their ordinary grammatical and juristic meaning presupposes a state or status of temporariness as opposed to permanency. Few dictionary definitions will suffice. The Interpretation Act does not define ‘act’ or ‘acting’. The Oxford Advanced Learners Dictionary, 6th edition, page 11 defines ‘acting’ as ‘’Doing the work of another person for a short time…’’. Law Guide, (www.thelaw.com) an online legal source, defines ‘acting’ as ‘’Temporary performance. Frequently referring to a temporary position performing and carrying out the duties of an office without actually holding the position.’’ Lastly, the Merriam-Webster Dictionary, online version, variously defines ‘acting’ as ‘’performing a job for a short time’’ and ‘’holding a temporary rank or position’’.

Does the law give recognition and effect to dictionary definition of words in the interpretation of statutes? The answer is in the affirmative. Reference is made to a recent decision of the Court of Appeal in Alechenu v. University of Jos (2015) 1 NWLR (Pt. 1440) 333 at 361, paras. C-D, where the appellate court, per BDLIYA, J.C.A., held inter alia: ‘’Where words used in a Statute are not defined therein, a resort to the dictionary meaning of such words is permissible…’’

The totality of the above exposition is that a person who is appointed into a position in an acting capacity cannot exhaust or complete the full term of that office or position. A person can either be appointed in an acting capacity to complete the remainder term of the substantive appointee whose office has become vacant either by reason of death, resignation, removal or for other cause OR to occupy the position temporarily pending when a substantive appointment is made. Anything other than this is legally indefensible.

The legal implications of the two exceptions espoused above are that Mr. Magu can continue in his position as the Acting Chairman of the EFCC at the pleasure of President Buhari. However, the President in deciding the expediency for the continued retention of Mr. Magu in an acting capacity must ensure that Magu’s acting tenure does not exceed, but is actually less than the four years period stipulated in Section 3(1) of the EFCC (Establishment) Act.

As a postscript, the President is at liberty to re-submit Magu’s name to the Senate for re-consideration and possible confirmation. The Senate’s decision whether to accept or reject the nomination is absolute, provided same is done in conformity with the constitutional requirement for quorum and the Standing Orders of the Senate.

The fight against corruption in Nigeria is being trivialized. President Buhari should bear in mind that if he fails in his anti-corruption campaign, he has failed in everything. It is indeed a tragic irony that the very infamous Senator Bukola Saraki-led Senate, with all its scandals and embarrassing pedigree, is lecturing President Buhari on corruption.

The fact that the alleged indicting security report which formed the fulcrum upon which the Senate acted in rejecting Magu’s nomination was authored by the SSS, an agency under the presidency, loudly evinces the apparent lack of coordination and effective leadership in the country. It is either President Buhari is not in charge of his government or he is trying to use corruption to fight corruption.

The troubling message from this unsettling scenario is that Nigeria is far from being salvaged. We can only hope that the evil forces in the corridors of power will not completely pollute and destroy our nation.

Inibehe Effiong is a Lagos based Legal Practitioner and Convener of the Coalition of Human Rights Defenders (COHRD) and can be reached at: [email protected]