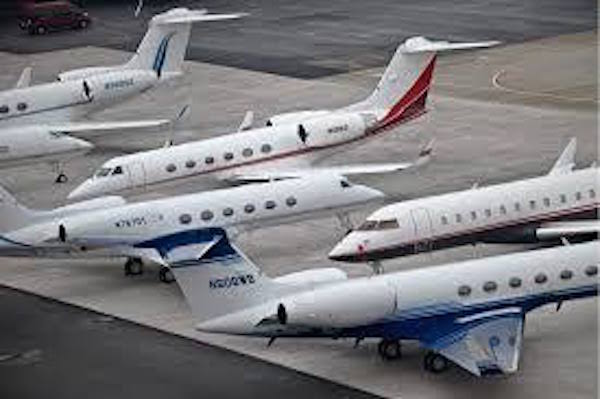 Residents of Maiduguri, Borno State, on Saturday, had a bitter experience commuting around the city as the police blocked major highways in the city for “federal government functionaries” attending a wedding.

The wedding, which turned out to be the biggest social event so far held in the state this year, drew guests from across Nigeria.

At least 46 aircraft reportedly landed at the Maiduguri International Airport, most conveying guests to the ceremony. On a normal day, about five aircraft land at the airport.

But the event turned out to be a nightmare for motorists and locals in the state who woke up to see armed security personnel barricading roads in strategic locations in the state capital.

The police had on Tuesday issued a statement that they would be blocking routes on Saturday for federal government functionaries visiting the state.

UPDATE: Over seventy jets landed in Maiduguri International Airport from yesterday to today for GMD of NNPC children wedding others are asked to turn back due to shortage of space to land.

The statement, signed by police spokesperson in the state, Edet Okon, did not state the nature of the visit of the functionaries.

Mr Okon, a deputy superintendent of police, said in the statement that the roads were closed for security purposes.

“This is to inform the general public that, owing to the expected visit of Federal Government functionaries and other dignitaries to the State, the following roads will be partially and temporarily closed to traffic on Saturday, 28th December 2019.”

He went on to list how each of the major routes leading from the airport to different locations would be shut down till the guest leave.

“One lane of Mai Ibrahim road and Shehu Laminu way (Polo Road)– particularly the right lane from Horseman Roundabout to the Government House.

“Also, there will be road diversion at Horseman Roundabout, Damboa Road Junction along Mai Ibrahim Road, Bolori Roundabout and at Dandal Police Station; while the West-End part of the UBA roundabout will be completely closed.

“To this end, motorists are advised to stick to the lane that will be open to traffic or to explore alternative routes for the period that the temporary closure will be in force.”

The development caused a lot of discomfort to road users especially those out to attend other events.

On a normal day, Maiduguri records a high rate of vehicular movements due to the large presence of displaced persons from various parts of the state.

The development had stirred public anger in the state capital as many residents took to social media to vent their frustration.

Some commentators wondered why the public highways would be shut down or blocked when the event in question was not a state function.

A Facebook user, Usman Alkali, said on his page that “While issuing his vote of thanks to the Who-Is-Who that grace the wedding of his children, the GMD should likewise tender his sincere apologies to the hundreds of thousands of Who -Is-Not that suffered inconveniences as a result.”

Haliru Musa wrote on a Facebook post celebrating the wedding that, “The poor mass and good people of Maiduguri were oppressed by the high and mighty in the state capital just because the son of a rich man is getting married all the major roads in the metropolis were shut down. We shall all meet in heaven.”

“The poor people’s right has been trampled upon Today and looks at how people suffered today just because of marriage and yet others are trying to support simply because they have a position in government. Hmmm! God is watching oo!!”

Ali Mustapha commented on a Facebook photo post of the wedding that Borno people would prefer to enjoy the benefits of Mr Kyari’s position.

“How good (it would be) if we feel the impact of his position as NNPC GMD the way we felt his children wedding in Maiduguri with the attendant inconvenience of holdup and roadblock….”

Another Facebook comment by an obviously unimpressed Dawud Abana reads: “Since his appointment, the only good news he takes to his home town (is) guest of his daughter’s wedding hmmm… No news of drilling Borno oil No reasonable plan for his people.”

There were several wedding ceremonies that took place in Maiduguri on Saturday. The restriction of movement imposed by the police for only one of the events thus upset many in the town.

“I had about six weddings lined up for me to attend, but I could only attend one because the roads were blocked,” said Ibrahim Habib, a businessman in Maiduguri.

Such mass closure of roads in Maiduguri normally occur when top public officers like the president or the vice president, and some times, the Chief of Defence Staff, visit the state capital for state functions.