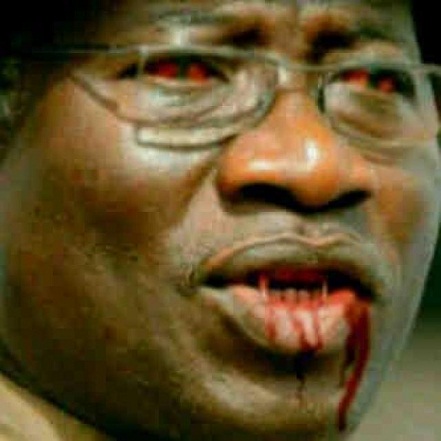 “There is no crueler tyranny than that which is perpetuated under the shield of law and in the name of justice.”- Charles de Montesquieu

Plato and Aristotle define a tyrant as; “One who rules without law, looks to his own advantage rather than that of his subjects, and uses extreme and cruel tactics against his own people as well as others” and that is who President Goodluck Jonathan is!

The seeds, which produce a tyrant, like the seeds that generate other abnormal aberrations, are planted in the early life of an individual. In the case of President Goodluck Jonathan, it is not easy to assess his potential as a ruthless tyrant because of his naturally innocent and calm looking face but the actions displayed by the people working under his commands speak more of him than does his look.

It has been said that a country and people get the type of government that they deserve, but the rise of Jonathan to power has been a complete disaster conceivable for Nigeria, even for Africa and for the rest of the world.

The mistaken belief that we are democratic because we have an elected government is an extremely cruel myth. This cannot be overemphasized considering the recent commotion that happened on Thursday, 20th November 2014, at the National Assembly, the very birthday anniversary of the President. When heavily armed security operatives prevented the Speaker of the House of Representative- Aminu Tambuwal from gaining access to the House to preside over the deliberation on the extension of the emergency rule in the North Eastern part of the country. The invasion of the security operatives on the House will well go down in history and President Goodluck Jonathan, will never be forgotten for the wrongful use of force to intimidate the opposition in a perceived democratic society.

Tyranny does not start in a day; President Goodluck Jonathan became a tyrant before now, but we were deluded with the belief that democracy does not begat tyrants that was why we ignored his actions.

As a leader, once you become aware that something wrong or evil is afoot; your choices are limited to taking corrective actions. If you choose to look the other way, the guilt of knowing and living with your choice to do nothing is evil and you`re not in any way different from a tyrant.

What happened at the National Assembly was an abuse of power by the Presidency. The use of state agents to harass, intimidate and humiliate perceived opponents of the President is such tyrannical and not even expected in a nascent democratic setup like ours.

It started long time ago, but we did nothing about it. The Former governor of Bayelsa State, Timipre Sylva has repeatedly stated that his trial was motivated by his political disagreements with President Jonathan and he was the one that prevented him from running for a second term in office who then imposed upon the state, his protege, Seriake Dickson as governor. Then it moved to Rivers State when five renegade lawmakers loyal to President Jonathan out of the 23 lawmakers of the House attempted to impeach the State Speaker- RT. Hon. Otelemaba Amachree. While in Ekiti, seven lawmakers from the People Democratic Party (PDP) out of the 26 lawmakers in the house impeached RT. Hon. Dr. Adewale Omirin the Speaker of the House and appointed Mr. Dele Olugbemi as his replacement. These three events including that that happened at National Assembly explain the above definition of a tyrant as defined by Plato and Aristotle.

The only difference between the strategies used in River States, Ekiti State and National Assembly was that that of Ekiti State was successful. They were all well crafted ideas and never a coincidence.

If the president claims he is not involved in all of these, and knows nothing about it, he should have called to order those barbaric behaviors from his boys and brought to book those involved in perpetrating these evils and such would not have repeated itself. But he absolutely did nothing about it and kept mute as if the information didn’t get to his hearing.

So many questions at this point; on whose orders did those Policemen act? What genuinely prompted the unwarranted search in the first place? Does the unwarranted stop and search necessarily have to prevent the lawmakers from entering into their chamber? And many others.

Democracy goes a long way in protecting the human rights of everyone, and in a sane society democracy does not end at the ballots but here it does. What we have is a perfect government committed to disgusting and treasonous acts against its people.

The fact is our democracy is still very much fragile and so polarized along religious and ethnic lines. Having a tyrannic leader will only do more harm to our system and us and aggravate the already tensed polity of the country.

What we need; is a just, limited and caring government. A practically working democratic government that respects the people and holds the interests of the nation at heart. A government that will cleanse the different institutions in the nation of all venal and corrupt officials and proceed immediately to addressing the current national insecurity in the country. After which moves into the full industrialization of the nation; mobilizing all inactive capitals, and submitting these mammoth tasks to experts and men of absolute competence and integrity and not to political machines.

As it stands now the level of corruption in the system, the tyrannical behaviour and uncaring attitude displayed by the presidency make the formal military dictator- General Sani Abacha looks innocent by comparison. If he was to be alive he might have demanded an apology from Nigerians for regarding him as the worst leader Nigeria ever had.

The president really just has to reconsider his actions and retrace his steps. The tyrannic route he has chosen is sure a route that leads to destruction. Hence, for his own good and the best interest of the nation he must stop the use of force and continuous intimidation of the opposition. He must know that to truly become a great leader, one has to stand with his people and not above them.

He must also understand that the use of the policeman or other military personnel by any leader as a mere instruments for firing teargas to the people, for selfish purposes, degrades the people and such is a tyrannic act and nothing else describes him better than being a tyrant if he continues to do that.