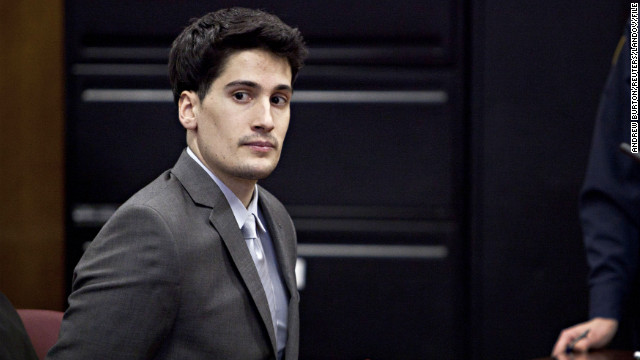 (CNN) — He was a 20-year-old male model. His lover was a 65-year-old man who was a television journalist. They were from Portugal, visiting New York City. The older partner broke off the relationship and ended up mutilated and dead.

“This was a brutal and sadistic crime, where Renato Seabra bludgeoned, choked, and mutilated his victim before murdering him,” Manhattan District Attorney Cyrus R. Vance Jr. said following the jury’s guilty verdict this month.

“But the jury’s verdict now, finally, holds Seabra accountable. It is particularly tragic that Carlos Castro was not only … betrayed by his spurned lover, but met a very painful and violent end far from his home,” Vance said.

Castro was found bludgeoned and castrated in the hotel room in January 2011, a law enforcement source told CNN at the time.

Seabra, now 23, attacked Castro because he was angry that Castro had ended their relationship, prosecutors said. Read more…