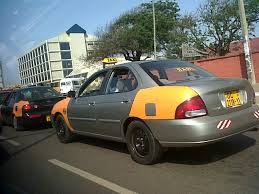 The National Chairman of the Allied Congress Party of Nigeria, Chief Olu Okunriboye, has called on the Federal Government to make the economy very attractive through job creation, saying such would discourage the emigration of youths to Dubai, where he said many Nigerian graduates had turned to drivers and cooks.

Chief Okunriboye, stated this in an interview with journalists after the party’s National Executive Council meeting held in Abuja. The ACPN was formed by the late Chief Abubakar Olusola Saraki, the renowned late godfather of Kwara politics.

According to The Punch newspaper, .Okunriboye said, “What we need to do is proper planning; good and qualitative education and good medical facilities. Nigeria has a lot to do. Many Nigerians now go to Malaysia, Singapore, China and Japan for greener pastures. Dubai was not a strong country, but a small island before. They don’t have oil but today they have too much money. Everybody go to Dubai and when you get there, we don’t pay in Naira.

“Now, many Nigerians have turned to drivers and cooks in Dubai to the extent that the advertisement was placed in the newspapers. I am not saying that driving or cooking is not good. We have a grade and level. They are all graduates and they were pushed to that level because of unemployment. There is nothing wrong with that. If Nigerians now could go to become drivers and cooks, tomorrow, they will become conditions lesser.”