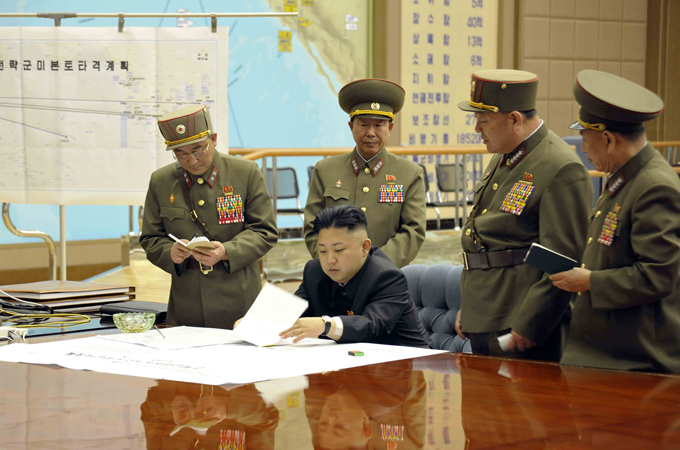 North Korea announces that it has entered a “state of war” with South Korea and would deal with every inter-Korean issue accordingly.

“As of now, inter-Korea relations enter a state of war and all matters between the two Koreas will be handled according to wartime protocol,” the North said in a joint statement attributed to all government bodies and institutions.

“The long-standing situation of the Korean peninsula being neither at peace nor at war is finally over,” said the statement carried by the official Korean Central News Agency (KCNA).

The two Koreas have always technically remained at war because the 1950-53 Korean War concluded with an armistice rather than a peace treaty.

The North had announced earlier this month that it was ripping up the armistice and other bilateral peace pacts signed with Seoul in protest against South Korea-US joint military exercises.

Voiding the ceasefire theoretically opened the way to a resumption of hostilities, although observers noted it was far from the first time that North Korea had announced the demise of the armistice.

The armistice was approved by the UN General Assembly, and both the United Nations and South Korea have repudiated the North’s unilateral withdrawal.

Saturday’s statement also warned that any military provocation near the North-South land or sea border would result “in a full-scale conflict and a nuclear war”.