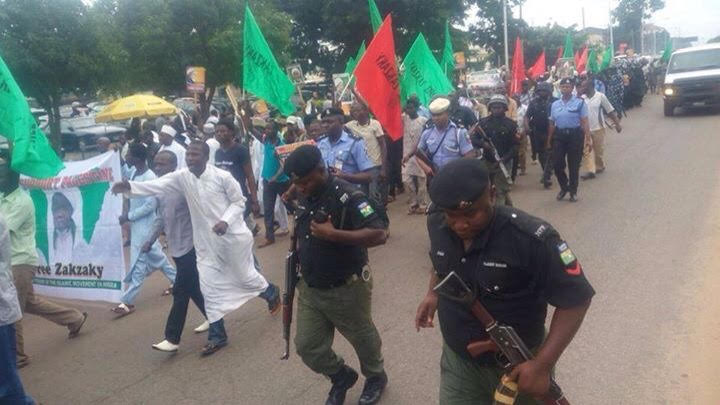 The thousands of Muslims that gathered for the Free Zakzaky peaceful protest were tear gassed by mobile policemen as the procession near its termination point today in Zaria metropolis.

Reports have confirmed that the security operatives fired upon the protesters with canisters of tear gas near Kofar Doka in Zaria, a place where a dozen of Muslims were killed in 1996 in a similar protest when The Dictator, Abacha arrested Sheikh Zakzaky.

As at the time of filing in this report one person has been arrested by the police after the protest which was held in the evening by 4:00pm.

However a similar protest held in Kaduna metropolis ended peacefully even though a contingent of mobile policemen followed the protesters demanding the release of Sheikh Zakzaky.
Similar Free Zakzaky protests were held all over the major towns of Northern Nigeria today.

Major towns like Kano, Gusau, Yola, and Potiskum witnessed large turn out of people calling on the Federal government to release Leader of the Islamic Movement, Sheikh Zakzaky, who has been in custody without trial for the past eight months.

The islamic Movement has been organising peaceful protest such as this from time to time to press home its demand for the unconditional release of Sheikh Zakzaky to attend to his failing health since he was shot and 1000+ of his followers killed by the Army in December, 2015. 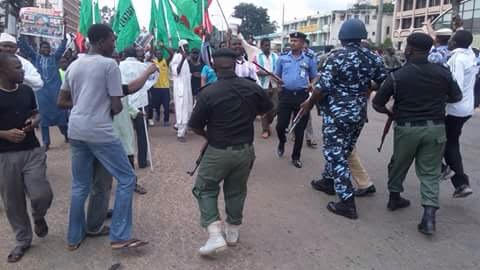 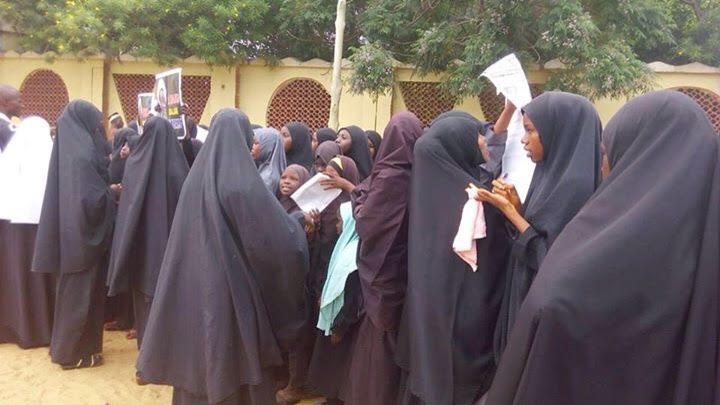 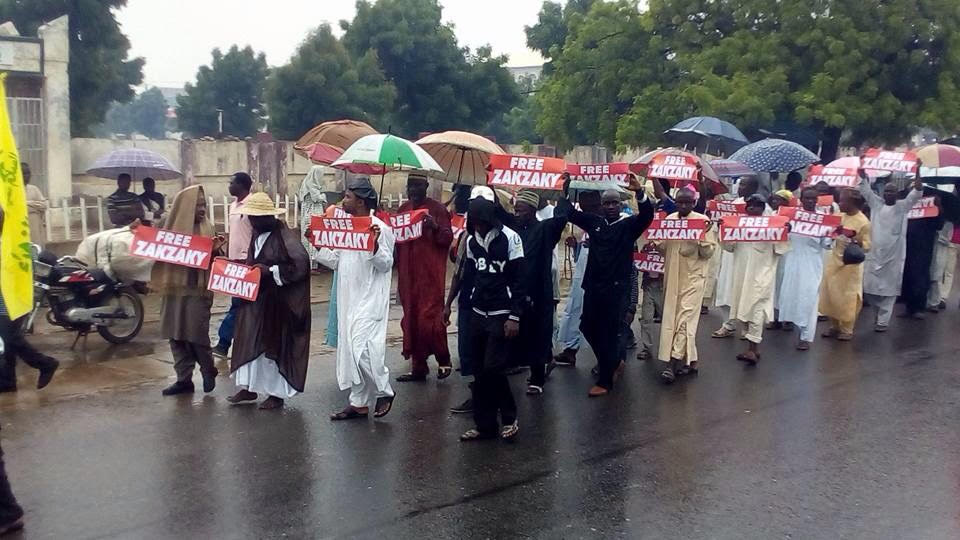