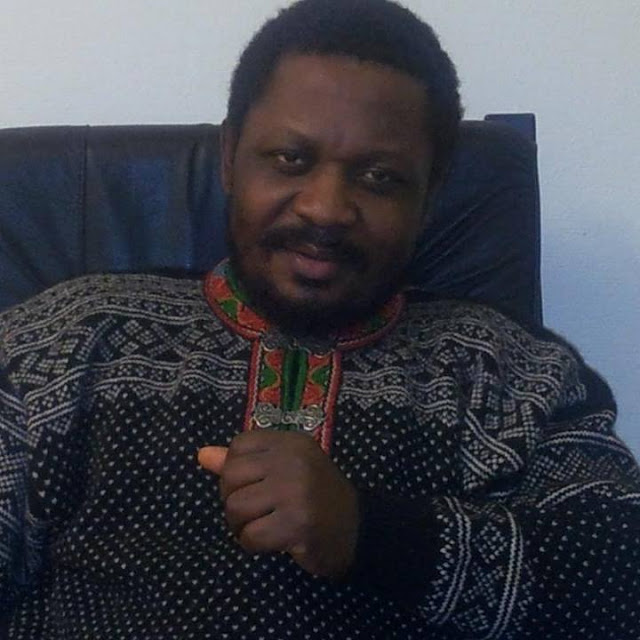 The Movement for the Actualization of Sovereign State of Biafra, MASSOB, has condemned the plan by the Norwegian government to deport Lotachukwu Okolie, the detained leader of pro-Biafran agitators in Norway and his counterpart Onyedikachi Ani.

Evangelist Lotachukwu Okolie was however described by Radio Biafra last June as  “the man that Stole Biafra Defence fund” when he was then hospitalized and placed under police surveillance facing deportation. Read that here on Biafra Herald.

In a statement by MASSOB  leader, Mr. Uchenna Madu, said the plan is allegedly being hatched by the All Progressives Congress-led government to deal with Biafran agitators, however this is not true because Lotachukwu Okolie was hospitalized and detained while resisting deportation since June 13th of 2015, barely 13 days into the Buhari power-takeover.

Okolie Stabbed Himself In Stomach To Avoid Deportation Since June 2015

Okolie had been slated for deportation during the Jonathan era and in June of last year, after stabbing himself in his stomach in protest of the deportation, he was hospitalized and placed under police watch.

Biafra Herald: ”Beware of false prophets. They come in sheep’s clothing but inwardly, they’re ferocious wolves.” Matthew 7:15. This is exactly the fate of a false prophet in the person of Lotachukwu Okolie. This is a person that kept bragging that he was called by some gods to preach their gospels but only for his gods to instruct him to threatening Norwegian police with knives and opted to either jump from the window and commit suicide or stabbed himself but he chose the latter. Which god directs the follower to commit suicide and even filmed his suicidal mission before?

The MASSOB statement was titled: “Do not deport Biafrans to Nigeria, Nigeria is doomed with Buhari’s support to Palestine”, and said that the government of Norway is supposed to exhibit diplomatic and International maturity in protecting the persecuted Biafrans or allow them seek asylum in other countries instead of wickedly aligning with Nigeria to eliminate innocent Biafrans”.

“Norway and Nigeria have already perfected plans of deporting them through chartered cargo airplane from Belgium, to transport them to Lagos on March 9, 2016. The information we have is that the Norwegian Government have struck a deal with Nigerian Immigrations Service, in Lagos to accept all the deportees by bypassing the embassy…”

“They want to deport them by force irrespective of their correct papers, against danger warnings, even without papers from the embassy, and dump them as they have been doing at the Cargo section of Murtala Muhammed international Airport, where no eyes will see them.

“We continue to insist that Biafrans are not Nigerians, so under international law, they should not be sent by force back to Nigeria to be tortured and killed like many other Biafran agitators in Nigeria and those they deported from outside Nigeria,” he said. MASSOB is therefore, calling on the United Nations, Amnesty International, European Union and other human rights organizations to prevail on the government of Norway not to deport Biafrans residing in that country to Nigeria.

“MASSOB also express joy over President Buhari’s latest and open diplomatic support for the Independence of Palestinian State from Israel, saying it is a land mark victory for Biafra and urge him to do the same for Biafra, in Nigeria by allowing Biafra sovereignty in Nigeria for total freedom and pace.

“President Buhari’s total support for two-state solution to the Israeli-Palestinian conflict during his meeting with the Emir of Qatar Tamin Bin hammad Al-Thani is an expression of a hypocrite who want to deceive the International Communities, while he is at home against and killing Biafran agitators with his military and detaining endlessly Mr. Nnamdi Kanu for leading a group of Biafra agitators,” he said.

According to Madu, “President Buhahi’s statement addressing the Islamic people of Palestine as our brothers and sisters and vow that Nigeria will stand side by side with Qatar in supporting and achieving statehood and independence for Palestine is an open proof of evidence that Buhari runs Nigeria state as an Islamic country where Islam and Northern, Regional and religious interest are paramount that social political and economic interest of all Nigerians and Nigeria where he presides.