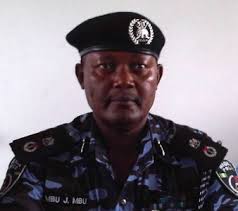 Happenings in the nation in the very recent past have again demonstrated to the whole word that ours is a special country with a very different value system.

Recently in Nigeria, courts of law have been desecrated and impertinence has been rewarded. Over and over, we have given the rest of the world classic examples to use when discussing things that can be wrong with a society.

This post is basically about impunity in Nigeria. It is a known and proven fact that in Nigeria, if you have the support of the federal government, you can do anything – just anything – and get away with it.

How do you explain a situation where judges that are venerated by the society are assaulted in the daylight under the watch of law enforcement agents? The question to ask is how did this happened two times in one week?

If the first incident caught the law enforcement officers off-guard, what about the second? Another question to ask is can such things take place in civilized societies? Maybe not in sane environments but in Nigeria we have come to expect anything, especially if you are in the ruling party and your party controls the nation’s security apparatuses. That is why some persons can have the effrontery to lead thugs to hallowed chambers of justice and desecrate them without any retribution following. Instead, such persons are given official support, which explains why the powers that be gave orders to law officers to continue what these aggressors started.

In Nigeria, a state governor was successfully abducted by a barely literate civilian who installed him and wanted the governor to be his stooge. What made the whole saga incredible was that the abductor had a team of policemen led by an Assistant Inspector-General of police at his beck and call. It was these policemen he used to perpetuate the abduction. Imagine that! The same abductor confessed before the president that he rigged an election, nothing happened. Rather, the then president upbraided the governor for defaulting on his agreement with his abductor. When the abduction failed, the abductor sent hoodlums to wreak unimaginable havoc on the state and again, nothing was done.

In Nigeria, with the backing of Abuja, anybody can do anything. With Abuja behind you, you can wield almost unlimited power. You can ride roughshod over others. You can break the law with impunity.

That is why a policeman can be more powerful than a state governor in his own state. That is why an obstreperous police officer in Nigeria can become a willing tool in the hands of the ruling class and so do many obnoxious things including preventing the governor of a state from entering the Governor’s Lodge. It is this same reason that makes the officer to declare proudly that he was a lion who successfully tamed a governor he described as a leopard.

What do you say about unelected first ladies who are more powerful than elected and appointed officials? What other term than absurd can be used to describe a situation where the wife of a sick president prevented elected officials, including the then vice-president, from seeing the sick president?

The whole country was in the dark about the health condition of the president and his wife and a few others persons who had knowledge of the president’s condition would not care a hoot that Nigerians were worried about how their president was faring. The woman was so powerful that she held the whole country to ransom. She became the president and rendered the vice-president redundant. It took the National Assembly to import the “doctrine of necessity” into our political system before the vice-president could take charge of the affairs of the country.

Even when the president was smuggled into the country, the vice-president had no prior knowledge. Another first lady has had many run-ins with a state governor. Just because she is the wife of the president, she feels her wishes should override every other person’s. When she comes into her state of origin, even the governor cannot go where he wants to go, if his itinerary requires him to go to areas where the first lady is. What makes these cases alarming is that the office of the First Lady is not recognised in the constitution.

As a way of ending this piece, I want to ask: Why are we like this? Why have we normalised the abnormal? Where are our scruples? Were they stolen or did we throw them away by ourselves? The most important question, though, is how do we achieve value reorientation in our society?