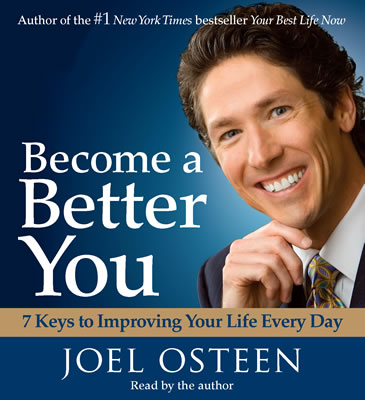 Joel Scott Hayley Osteen, an American best-selling author and the senior pastor of Lakewood Church in Houston, Texas with a ministry that reaches over seven million broadcast media viewers weekly in the United States and millions more in all nations around the world, in a very remarkable lecture, tells his congregation to stop consuming pork.

He gives various reasons as are viewed in the video clip below, including the fast digestion system of the pig, which according to him, digests in just 4 hours, compared to the cow for instance which digests its more clean diet in 24 hours via a very complex digestive system. This puts the consumer at risk of so many toxins in the pigs diet. Also that the pig eats waste, even including its children, make it logically a filthy choice of meat.

Zanaz from Algeria puts forth a strong argument with Biblical references on why pork should not be consumed:

The Bible prohibits the eating of pork. The proof is: the book of Leviticus, ch 11, v. 7, it is recorded that God declares the pig to be unclean for believers. Then, in verse 8, God says: “You must not eat their meat or touch their carcasses; they are unclean for you.”

This command is repeated in Deuteronomy 14:7-8. Then in Isaiah 65:2-4, and 66:17, God issues a stern warning against those who eat pork. Some people are aware of this prohibition from God, but they say they can eat pork because St. Paul said that all food is clean in his letter to the Romans 14:20. St. Paul sid this because he believed (as he wrote in his letter to the Ephesians 2:14-15) that Jesus had abolished the Law with all its commandments and regulations. He seems, however, to have misunderstood what he heard about Jesus.

In the Gospel According to Matthew 5:17-20, Jesus is reported to have said quite the contrary, as follows: “Do not think that I have come to abolish the Law…” Jesus then went on in that passage (in verse 19) to denounce anyone who would break the smallest commandment and teach others likewise. He also praised his true followers who will practice and teach even the smallest commandment.

One of the commandments, as we have seen, is to stay away from pork. This is why the true followers of Jesus, holding on to his teachings, did not let unclean food such as pork enter their mouths, so that Peter, the chief disciple can say, “I have never eaten anything impure or unclean” (Acts of the Apostles, ch 10, v. 14).

Five chapters later in the Acts of the Apostles, 15:29, we find that the original disciples still differentiate between clean and unclean foods, and this time Paul is in agreement with them.Six chapters later, in ch. 21, v 25, their decision to impose food regulations on believers is mentioned without regret, and this time Paul is challenged to prove that he is in agreement with them; and he demonstrated his full agreement with them. What remains, then is that Jesus (on whom be peace) upheld the prohibition against pork. His disciples also upheld it. What I want to know is this right or not?

Muslims and Jews are known to firmly comply to the scriptural ban on pork consumption.