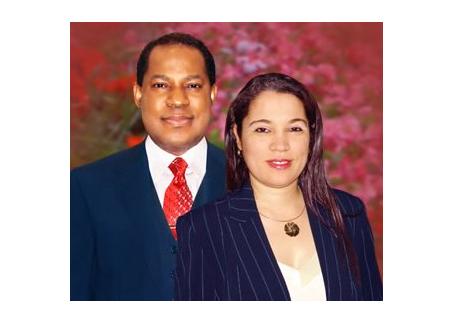 Secret documents link family and associates of one of Africa’s most popular pastors, Nigerian televangelist the Rev. Chris Oyakhilome, to an offshore company in the British Virgin Islands.

A business associate of the pastor says some directors in the company held shares on behalf of the pastor’s daughters, Sharon and Charlyn, who are now teenagers.

The company in question is Gmobile Nigeria Limited, an offshore firm incorporated in 2007 in a Caribbean tax haven, the British Virgin Islands, according to a cache of documents reviewed by Premium Times and the International Consortium of Investigative Journalists (ICIJ). The shareholders listed in the documents include Oyakhilome’s wife, Anita; another pastor in his organization, Thomas Amenkhienan; a business associate, Aigobomian Inegbedion; and another British Virgin Islands’ company, GTMT International Group Limited.

Oyakhilome is founder and president of one of Africa’s largest Pentecostal churches, Believers Loveworld Inc. (aka Christ Embassy), which claims “hundreds of churches … affecting millions of people” in all the continents of the world, with a strong presence in the United Kingdom, South Africa, United States, Canada and Nigeria.

He has also set up satellite broadcast channels in the United Kingdom (LoveWorld TV), South Africa (LoveWorld SAT) and Nigeria (LoveWorld Plus). He hosts a TV show, Atmosphere for Miracles, which airs on television networks in Africa, North America, Australia, Asia and Europe, according to his church’s website.

His church has a series of business interests, the website says, that include vibrant TV and Internet ministries and a publishing outfit that churns out the popular “Rhapsody of Realities” booklet, which is like a second Bible to members of his church.

He is as controversial as he is entrepreneurial. Critics believe he is excessively flamboyant, dressing most of the time in expensive suits, top-of-the-range shirts and ties and exotic shoes.

Some of his critics have alleged that he has staged miracles, bringing forth impotent men, infertile women and people with AIDS who testified they’d been instantly healed. In the wake of controversy over faith-healing practices by Oyakhilome and other pastors, the Nigerian government banned unverified miracles from television in 2004.

His wife, Anita, is also a pastor in the church. She heads the international division of the ministry and is regularly credited with growing the church’s presence around the world.

Until now, there has never been any suggestion that she was involved in financial dealings.

The documents show that some of these individuals held shares in trust for two minors. The records don’t identify the minors, but Inegbedion confirmed that the minors referred to in the documents were the Oyakhilomes’ daughters, quickly adding that there was nothing wrong with that.

“Their parents bought the shares for them because they have rights to own shares,” Mr. Inegbedion said. “A day-old child has a right to own shares in companies.” He declined to say which of Gmobile directors held shares in trust for the girls.

The Oyakhilomes did not respond to emails sent to their personal and church websites.

In 2007 Anita Oyakhilome and her partners retained the services of a Dubai-based company, Covenant Management Consultancy (CML), to help it register Gmobile Nigeria Limited in the British Virgin Islands (BVI), a Caribbean chain largely controlled by the United Kingdom.  On June 26, 2007, CML in turn approached BVI-based Commonwealth Trust Limited (CTL) to complete the task of setting an offshore company.

After some preliminaries — including name checks and consultation with lawyers — CML’s Susha George wrote to CTL’s Shonia Mathew on July 3 giving her the go-ahead to incorporate Gmobile. In that same two-paragraph message, George informed CTL “two shareholders of this company are minors.” She also asked whether additional documents or procedures were needed for the minors to be owners of the company.