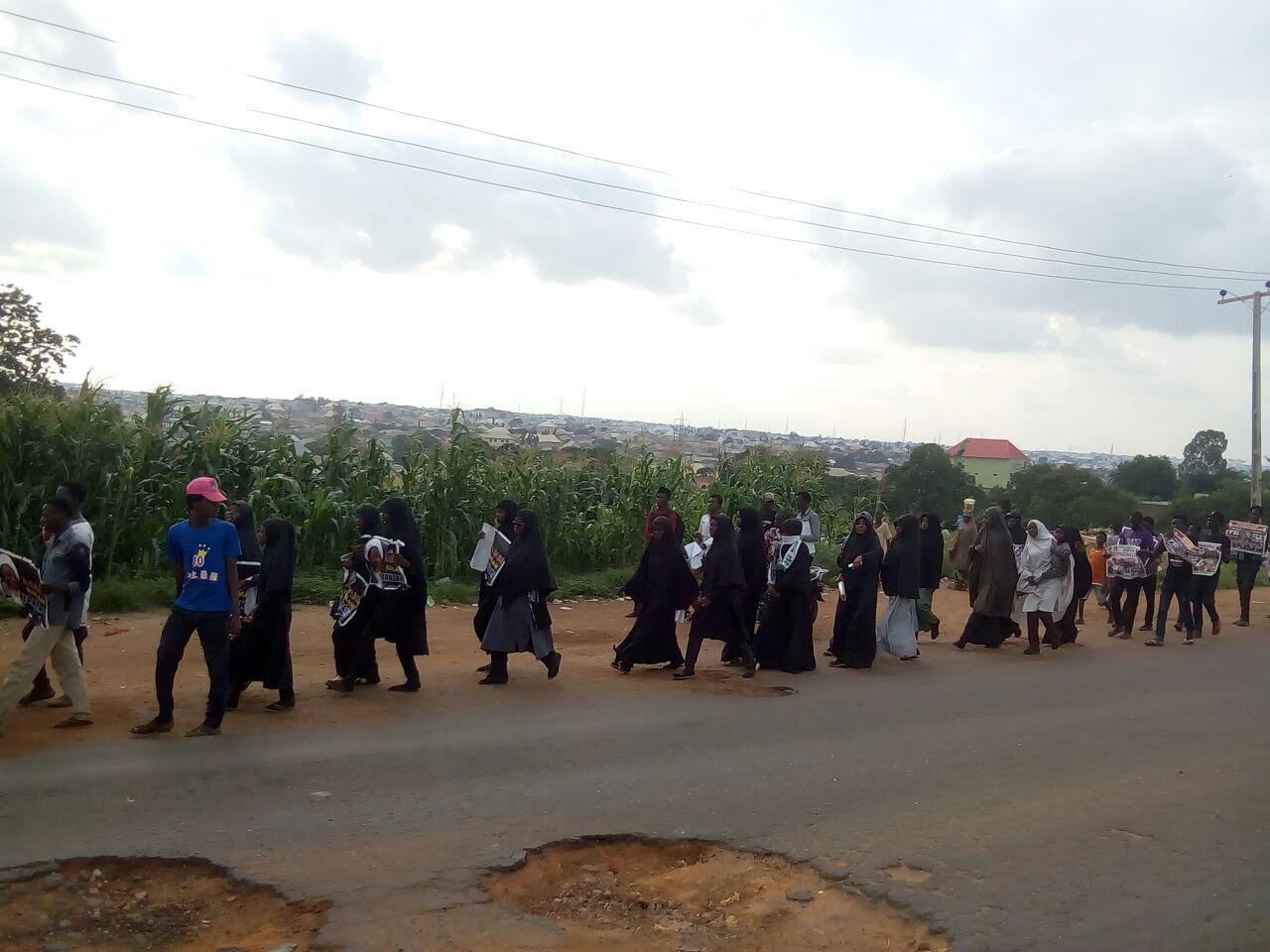 Reports reaching us indicate that some security operatives are planning to attack a handful of youths trekking from Zaria to Abuja demanding for the release of our Leader, Sheikh Ibraheem Zakzaky, who has been in illegal detention for the past eight months.

Details of this sinister plan show that the unsuspecting youths will be attacked by some unscrupulous security operatives as they approach Abuja and some weapons will be claimed to have been found on them. These security agents will then rush to town to accuse the Islamic Movement of planning to launch an attack on the Capital in a bid to forcibly release Sheikh Zakzaky.

We will like to inform the general public that these young men and women that started their trek from Zaria, Kaduna state are peaceful in all their actions, and since last week when they started nobody has complained of them being a nuisance to commuters in any way along the expressway to Abuja. They decided to trek on their own volition just to buttress how aggrieved they are with the continued incarceration of Sheikh Zakzaky and to draw public attention to the inhuman condition he is being held without recourse to due process of the law.

The Islamic Movement has continued to be peaceful in all its activities for the past four decades; therefore it is inconceivable for violence to be ascribed to it now. Any attempt to plant arms amongst us will not just work because it has never been our modus operandi in our path of calling people to justice in the path of Allah.

Nonetheless we will keep on calling on the Federal government to as a matter of priority release our Leader Sheikh Ibraheem Zakzaky and all others detained with him.
SIGNED BY
IBRAHIM MUSA
PRESIDENT MEDIA FORUM OF IMN
0805 078 6093