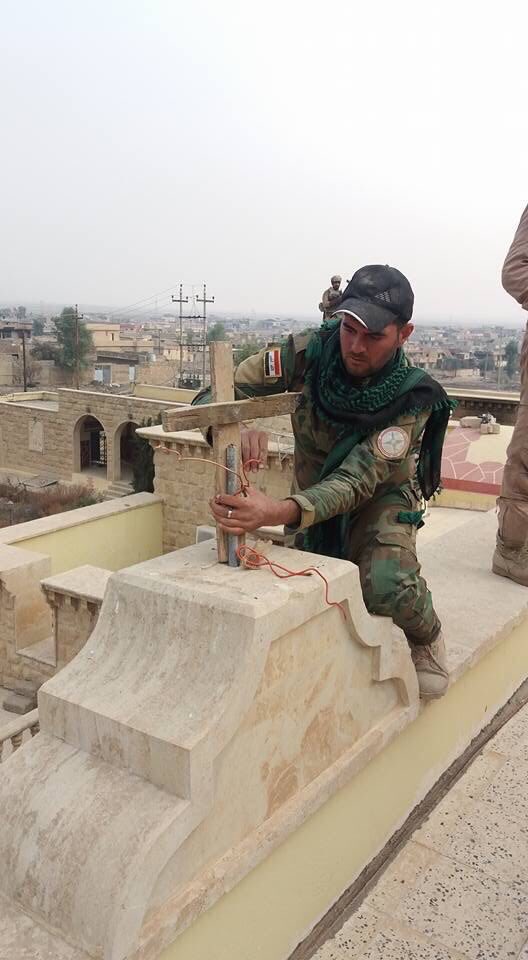 This morning when I opened my Twitter Handle the first news link that caught my attention was “Gunmen kill 23 Coptic Christians in Egypt” from “Times of India” Twitter Handle. I felt very sad that innocent Africans were brutally slaughtered by bloodthirsty Wahhabi savages in the name of Islam and Jihad.

“Gunmen on Friday opened fire on a bus carrying Coptic Christians in southern Egypt, killing at least 23 people. The bus was heading to Anba Samuel monastery in the Minya Governorate, 250km south of Cairo. Twenty-three Christians were killed and twenty five others injured, according to the ministry of health.

Security forces were searching for the attackers. The ambulances rushed to the place of the incident to transfer injured to hospitals. There have been a number of attacks on Copts in the country in recent months claimed by Islamic State (IS) militants. Two suicide bombings targeting churches in Tanta and Alexandria on April 9 left at least 46 people dead.”

Sadly today the Christian community in Middle East countries face existential threat from bloodthirsty Wahhabi terrorists who were brainwashed to think that killing innocent Christian civilians is serving the cause of Islam. Egypt has the largest concentration of Christians in the Middle East then Lebanon. The evil cult of Wahhabism propagate hateful preaching against Christians and other non-Muslims but the leaders of Wahhabism are puppets of Western imperialism as can be seen in the recent visit of US President Trump to Saudi Arabia. Northern Nigeria enjoyed excellent religious harmony and peaceful coexistence before the infiltration of Wahhabism. When Wahhabism arrived in Northern Nigeria in the mid-70s then senseless killings, intolerance and hate took over.

Most African Christians think that Christianity originated from Europe. The pure & Holy Jesus (as) did not exist in Paris, London or Berlin. Jesus (as) existed in #Palestine & South #Lebanon in the Middle East. There is a #Christian town in #Syria that today speak the same language that Jesus spoke. There are Churches in Palestine, Syria, Lebanon, Iraq & Egypt that are more than 2000 years. First followers of Jesus are found in Middle East

Our African Christian brothers and sisters should understand that real Christians are found in #Palestine, #Syria, #Iraq, #Lebanon & #Iran. The evil, bloodthirsty, genocidal & plunder-enabled Christians of Europe & the West do not represent the great religion of #Christianity. The real Christians of love, compassion and tolerance are found in the Middle East who are unfortunately the target of murderous Wahhabi terrorism backed by Saudi Arabia, Qatar and the West. The Grand Mufti of Saudi Arabia once called for he destruction of Churches in the Middle East.

In Nigeria today the best example of tolerance to Christianity among followers of Islam is the Islamic Movement in Nigeria (IMN) under the leadership of His Eminence Sheikh Ibraheem Zakzaky. The IMN is the only Muslim group in Nigeria that invite Christians to all its programs and activities to enhance mutual respect and peaceful coexistence. IMN officials also attend Christian programs and activities if invited. But sadly Sheikh Zakzaky is a victim of brutal assassination attempts by successive Nigerian governments due to his huge anti-imperialism and anti-Zionism credentials. The present Nigerian government of President Buhari brutally slaughtered 1000+ peaceful followers of Sheikh Zakzaky in December 2015 and wickedly dumped their dead bodies in mass graves at night to bury the evidences.

On a final note, Muslim clerics and leaders have a huge responsibility to defeat murderous Wahhabi terrorism that today pose existential threat to Christians in the Middle East. The existence of Middle East Christians pre-date the advent of Islam and they are living peaceful will all the Muslim communities through out history. Why these brutal and inhuman attacks now? Muslim youths should be bombarded with this famous of Imam Ali (as): “People are either your brothers in faith or your equal in humanity.”