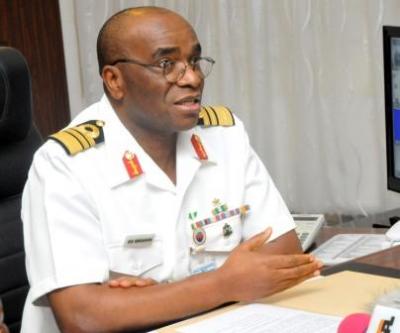 Despite recent attacks by the Boko Haram insurgents, the Presidency has insisted that the declaration of the state of emergency by President Goodluck Jonathan has yielded positive results.

This was stated by the Special Adviser to the President on Media and Publicity, Dr Reuben Abati while featuring on a network news programme  on the Federal Radio Corporation of Nigeria (FRCN), Tuesday.

Abati declared that following the declaration the Federal Government had gained the renewed confidence of the populace. He also commended the efforts of the security agencies who have selflessly served in the affected Northern states.

The President had in a nationwide live broadcast, on May 14, declared the state of emergency directing the Chief of Defence Staff (CDS), Admiral Ola Sa’ad Ibrahim to deploy troops to Adamawa, Borno and Yobe States.

This however has not completely neutralised the insurgents who in a recent attack killed 35 people in Borno State.

Abati described the President’s decision to declare state of emergency as a “very good tactical and strategic move, as well as a very good demonstration of leadership, determination and focus by this present administration” adding that “three months down the line, when you look at the affected places where the state of emergency were declared, the first thing you will note is that before then, the Boko Haram insurgents had carved out a part of Nigeria. They have created an enclave where they exercised authority but they have since been flushed out by security agencies.

“The level of fear before the declaration of state of emergency in those affected states was really very high and even in the rest of the country, but that has gone down now.

“The confidence of the people in the capacity of the Federal Government and the Jonathan administration to fulfill the objective of securing lives and property has been restored. The level of confidence is now very high and I believe that is another great achievement. You will find out that in the affected states, there was curfew initially. But that curfew has been relaxed. There is no curfew again in Adamawa.

“In Yobe, the hours of curfew have been reduced and in Borno, the number of curfew hours has also been reduced. More important in terms of success is the fact that the people themselves have taken ownership of the security process with youths in the area going out on their own and helping to identify persons they think have been involved in terrorism  or criminal activities generally,” Abati stated.

The Presidential Spokesman, who noted that several measures had been taken to ensure that the Boko Haram and terrorists crisis do not reoccur in future, said the government has stepped up its efforts at ensuring an increased monitoring of Nigerian borders in collaboration with neighbouring countries.

“A lot that has been done in terms of mobilizing the people to see that they themselves are responsible for their own security. This is in terms of education, and general enlightenment and it is this that has led to the involvement of the ordinary people in ensuring security in the affected states. The point is that once people themselves are alive to their own security responsibilities, it will be very difficult for insurgents or terrorists to carve out enclaves for themselves and begin to make life difficult for other people.

“I think as part of long term measures also, the level of collaboration among our security and intelligence agencies has gone up. The whole point is that the Nigerian government cannot allow anybody to overwhelm the Nigerian state and it is the duty of the armed forces to ensure that that does not happen, to protect the sovereignty of Nigeria, to protect the territorial integrity of Nigeria.”

He added that there had also been steps taken on the “general review of the security architecture which is something the President has always been talking about,” saying: “there is a lot of focus on mopping up small arms and light weapons.

The Presidential Spokesman also said the state of emergency has also suceeded in uniting almost all constituencies in Nigeria.

He added that the President’s decision had also enjoyed the support of the international community, as demonstrated by the International Criminal Court’s (ICC) prosecutor, Fatou Bensouda, who had declaration that the Nigerian government has done very well in curtailing terrorist activities in the country.

“All these are proofs that Jonathan administration’s approach to tackling this issue has the support of critical stakeholders not just in Nigeria but also in other parts of the world,” Abati said.

On the restoration of GSM services to the affected areas, Abati, who said network had already been released, noted that “one of the things the insurgents and terrorists do is that they attack the communication infrastructure. They destroy GSM masts and make it impossible for people to communicate.”