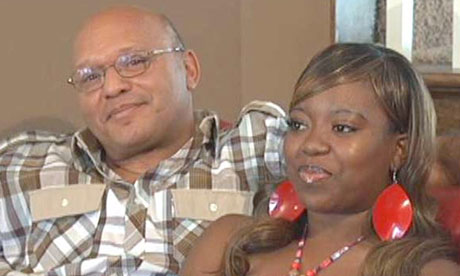 JACKSON, Miss. — A Jackson, Miss., couple’s dream of exchanging vows in the church they had been attending was dashed last week when the church pastor told them that some members had complained about the Black couple getting married in the predominantly white First Baptist Church of Crystal Springs.

Charles and Te’Andrea Wilson said it was devastating to move their wedding to another church only days before the July 21 wedding. Invitations and the printed program had the date and the church’s name on them.

The church pastor said he was surprised by the reaction of some church members.

“I didn’t want to have a controversy within the church, and I didn’t want a controversy to affect the wedding of Charles and Te’Andrea. I wanted to make sure their wedding day was a special day,” Weatherford told WLBT-TV in Jackson.

Charles Wilson said it was a huge disappointment that he and his wife couldn’t get married at the church they attended because of the color of their skin.

“I feel like it was blatant racial discrimination,” Wilson.

The 150-year-old church hasn’t had any black couples married there in modern times. Weatherford married the couple at a nearby church.

“Prior to this, I had been telling people how nice they were here,” Wilson said. “It makes you re-evaluate things. We were doing everything right. We wanted to get married.”

Wilson said he understands Weatherford was caught in a difficult position and he still likes the pastor, but he also thinks the pastor should have stood up to the members who didn’t want the couple to marry in the church.

“If you’re for Christ, you can’t straddle the fence,” Wilson said of Weatherford. “He knew it was wrong.”

“This is a small, small group of people who made a terrible decision,” Kitchens said. “I’m just ashamed right now that my church would do that. I can’t fathom why. How unfair. How unjust. It’s just wrong.”

Kitchens said though nothing can be done to change what happened, she hopes those responsible for it will make an effort to fix it.

“It’s not reflective of the spirit of the Lord and Mississippi Baptists,” Futral said. “It’s just a step backward. … It’s a sad thing.”

He said immeasurable progress has been made in Baptists of all races working together. “We take several steps forward and one backward,” Futral said.

The denomination, which has seen membership decline in recent years, has been trying to expand its appeal beyond its traditional white Southern base.

Luter, who was at a married couples retreat Friday, couldn’t be reached for comment.