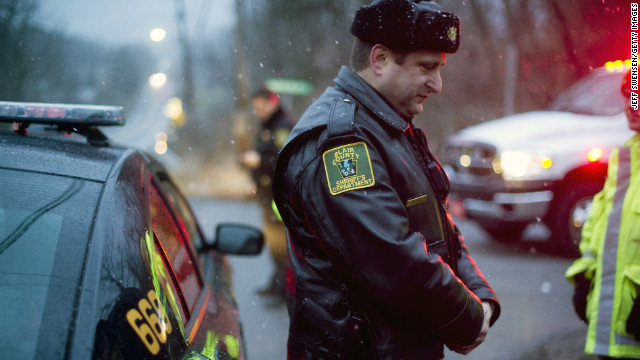 (CNN) — A man killed two men and one woman Friday in central Pennsylvania, then died in a gunfight with state troopers, authorities said.

The first report of shots fired “at multiple locations” in Frankstown Township came in a 911 call placed around 9 a.m., Pennsylvania State Police Lt. Col. George Bivens said. As state troopers converged on the area, someone in a truck — going the opposite direction on a two-lane road — fired at two marked patrol cars.

The truck’s driver continued driving and then “rammed … head-on” into a different patrol car, Bivens said. He then got out of his vehicle and began firing at officers.

“It was a very violent attack,” Bivens said, adding all three had been treated and released from a local hospital as of Friday evening. “As more details come out about the investigation, I think you’ll see just how lucky they really were … Someone was watching over them.” Read more…