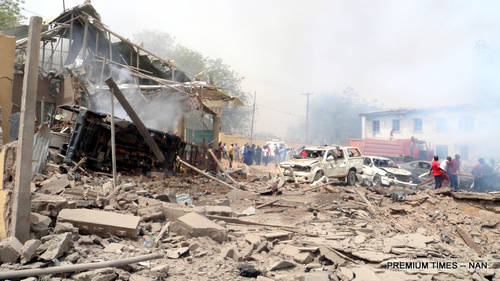 A suicide bomber hit an early morning prayer ground in Umurari village on the outskirts of Maiduguri early today killing more than 25 and injuring at least 17 Muslims.

PremiumTimes gives the location as Umarari Village, 5km from Maiduguri on Biu-Maiduguri highway.

An emergency services worker told Saharareporters that a loud explosion rocked the local Mosques shortly after prayers began in an area known to be Boko Haram stronghold some five kilometers from the state capital.