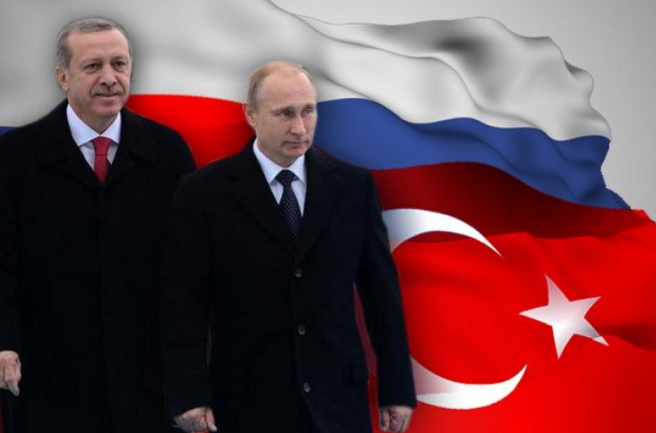 Friendships are hard to come by. They are precious and therefore should be meticulously protected and safeguarded with caution at every turn and with compromises if necessary. Especially if this precious gift is the result of long-term efforts between two countries as then it is even more valuable.

Turkey and Russia are two countries with a friendship going back a long time. Even during the time of the Soviet Union, their friendship continued despite the membership of Turkey in NATO and they still enjoyed good relations although they were on opposite sides. This tradition has continued until today regardless of what happened, and not even the raging Syrian civil war at the Turkish borders, the Ukraine crisis or the Crimea problem could interrupt it. It is because, in the words of Mr. Putin, Turkey and Russia are more than neighbors, they are two good friends.

For this reason, Turkey’s downing of a Russian jet that violated its airspace came as a surprise not only to the world, but also to the people of Russia and Turkey. According to the rules of engagement declared in 2012, Turkey is entitled to warn planes that are within 10 miles of Turkish airspace, and should the warnings go unheeded, the offending planes will be shot down after ensuring that the pilot has had sufficient time and opportunity to eject before being hit. In this case, the warnings sent to the jet in question started 15 miles outside of Turkish airspace and continued for 5 minutes, during which time the jet was warned 10 times. In the end, the jet had violated Turkish airspace for a total of 17 seconds. NATO, which convened on the same day upon Turkey’s request, said, “Our information is consistent with the information provided by other allies and shows that Turkish intelligence is true.”

Russia Was Not Targeted

Indeed, right after the incident, the Turkish army released a statement declaring that “an unidentified jet had repeatedly violated the Turkish airspace.” In other words, Russia was not deliberately targeted, but instead the action was taken regardless of the nationality of the jet, in line with the rules of engagement. Russia had not been targeted, and this diplomatic tone made it very clear.

However, Mr. Putin’s harsh statements toward Turkey, and Russian Foreign Minister Lavrov’s canceled trip to Turkey even after the explanation, brought the incident to a whole new level. A centuries-old friendship suddenly morphed into a crisis in the eyes of many. However, the statements of Turkish President Erdogan were very calm and reconciliatory: “This morning, a jet, of which nationality is unknown and which repeatedly violated our airspace, has been shot down. We wouldn’t want to witness such an incident, and unfortunately we have to endure the pain of having to resort to such a method. This incident took place completely in line with the rules of engagement Turkey had announced earlier. Turkey has no ill feelings or hostility toward its neighbors or any other country. The reason why more grim incidents didn’t take place so far with Syria is because Turkey acted with common sense. No one should have any doubts that we did our best to prevent this incident. Everyone should respect Turkey’s right to protect its own borders.”