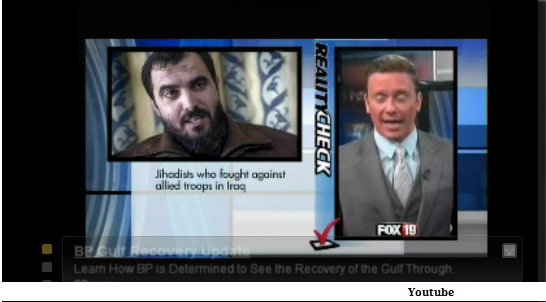 Now that the Muslim Brotherhood – the CIA’s “color revolution” proxy in Egypt – has been deposed, another CIA asset, al-Qaeda, has vowed to come to the rescue.

According to Arab-language website Veto Gate, “al-Qaeda, under the leadership of Muhammad Zawahiri, is currently planning reprisal operations by which to attack the army and the Morsi-opposition all around the Republic [of Egypt].”

In December, it was said Morsi had summoned “3,000 jihadis from Afghanistan, Chechnya, Bosnia, Somalia and Iran to be an Islamic army to strike the police and army forces” of Egypt, Raymond Ibrahim reported, citing al-Khabar News.

Morsi also released “jihadi convicts from the nation’s two most notorious terrorist organizations, Islamic Jihad and the Islamic Group” soon after assuming the presidency, according to Ibrahim’s sources.

Ayman al-Zawahiri’s Islamic Jihad had received money from the CIA in the mid-1980s and he was allowed to fundraise in the United States on a passport provided by CIA asset Ali Mohamed, a major in the Egyptian army who collaborated with the U.S. Army.

The cleric Omar Abdel-Rahman was the leader of the Islamic Group. Rahman had traveled in the United States on a CIA-supported visa and by 1990 controlled the al-Kifah Refugee Center in New York. Also known as Maktab al-Khidamat (MAK), the al-Kifah Center is a CIA creation run by Osama bin Laden and used to recruit Mujahideen fighters for the covert war against the Soviets in Afghanistan. MAK would eventually morph into what is now called al-Qaeda.

“Now that the Islamists have tasted power – Salafis, Muslim Brotherhood, or al-Qaeda – it is unlikely that they will quietly give it up without a fight,” writes Ibrahim. “History has proven that many jihadis never give up – unless they are in prison or dead. And as Egyptian al-Qaeda leader Muhammad Zawahiri pointed out, not only have they long been inured to sufferings and deprivations – they have nothing to lose.”

The globalists are not likely to give up, either. Egypt’s current crisis is another chapter in a protracted effort to balkanize the Middle East and divide and conquer through religious and sectarian violence – what the globalists call order out of chaos.

The people of Egypt may believe they have deposed yet another tyrant – who assumed power following the removal of the last tyrant, a long-term and faithful globalist client, Hosni Mubarak – but in fact they have handed power back to Egypt’s notorious brutal military.