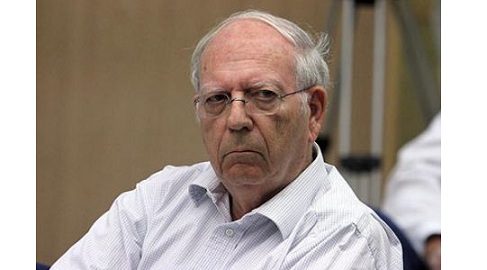 Speculation that Israel and the United States may decide to launch an attack on Iran’s nuclear facilities have heightened after former Mossad chief Efraim Halevy told the New York Times, “If I were an Iranian, I would be very fearful of the next 12 weeks.”

The NY Times report speculates that the window of opportunity to strike is closing, partly because of Israel’s aversion to winter battles and partly because Benjamin Netanyahu fears that whoever wins the US presidential election, impetus will be lost.

“Mr. Netanyahu feels that he will have less leverage if President Obama is re-elected, and that if Mr. Romney were to win, the new president would be unlikely to want to take on a big military action early in his term,” states the report.

Whether speculation that conflict could break out over the next two months is merely Israeli propaganda remains to be seen. Experts have noted that the rhetoric could merely be a bargaining tool to force the Iranians to submit to tighter controls over their nuclear energy program.

Alongside the narrative that President Barack Obama has given the green light for a strike against Iran before the election is a more substantive scenario that suggests any decision on attacking Iran will not be made until at least spring 2013.

This delay was based on a war simulation which discovered that any attack on Iran would immediately be met with an Iranian missile launch that would kill 200 Americans, a price deemed not worth paying by U.S. generals.

During the same meeting, Israeli Defense Minister Ehud Barak also acknowledged that Israel would not act alone in striking Iran before the U.S. presidential elections in November, according to Haaretz’ Amir Oren, meaning that, “For all intents and purposes, it was an announcement that this war was being postponed until at least the spring of 2013.”

Congressman Ron Paul responded to a new sanctions bill passed yesterday that punishes banks, insurance companies and shippers that help Tehran sell its oil by pointing out that Iran is a third world nation with no significant air force or navy that poses no threat to the United States.

“We have not been provoked, they are not a threat to our national security, and we should not be doing this we’ve been doing it too long – for the last 10,15 years we’re just obsessed with this idea that we go to war and try to solve all the problems of the world – at the same time it is bankrupting us,” said Paul.

Watch the clip below.