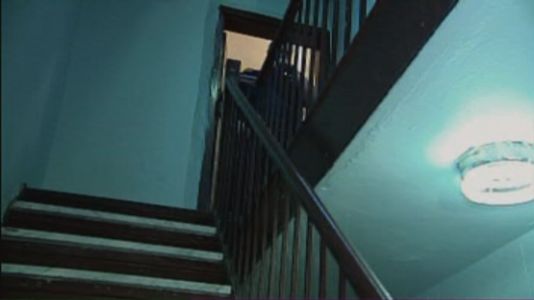 NewsRescue– A 40 year old Brooklyn mother called the cops today to report that she had just killed her 7 year old son.

The NYPD cops responded and found the boy with multiple head trauma dead in his bed.

This is one more in a series of mother-killing-or-beating-child episodes that have been observed all over the world in recent months.

Here is a report on the story

Terrance Johnson says he had no clue about the tragedy that unfolded inside his girlfriend’s apartment. The NYPD said the 40-year-old woman, who Johnson identifies as Tannika Ravel, called police late Friday night to say she killed her 9-year-old son.”Yeah, that’s my stepson, man,” Johnson told NY1. “I’ve been with her 7 years.”Police said the woman called 911 and told the operator she killed her son and took pills. When officers arrived at the home on Marcus Garvey Boulevard, they found the 9-year-old unconscious in his bed with head trauma. He was pronounced dead at the scene.Neighbors claimed to have seen the boy earlier in the day leaving a family outing.”Do you know how it is to see someone right here and then the next day you’re gone? And for your life to be taken like that?” one resident said. “The boy never lived. Never lived.””I would be surprised at anybody that would kill their child,” another resident said. “But like I said, it had to be something really dramatic going on with her. Because you don’t just up right and say ‘I want to kill my child.’ That’s just not what you do.”A local store owner told NY1 that the boy and his mother were very close.”She would come every day before taking the kid to school,” he said. “Very good kid. He would come to the bodega. He wouldn’t touch anything. Very quiet.”

“A lot of times I use to see her and she would be walking like she is in a daze or whatever,” one resident said. “From what I hear from a lot of people in the neighborhood that she was sick. So that could have been the reason why sometimes you would see her in passing and it’s like she’s not here.”

The woman was taken to Woodhull Hospital for evaluation before being taken to the local precinct. As of now, she has not been arrested.